WBC and WBO 122-pound world champion Stephen Fulton Jr. displayed his full complement of skills and made his case as a top pound-for-pound fighter in a dominant unanimous decision win over former unified champion Danny Roman Saturday night in the main event of action live on SHOWTIME in front of a sold-out crowd at The Armory in Minneapolis in an event presented by Premier Boxing Champions. 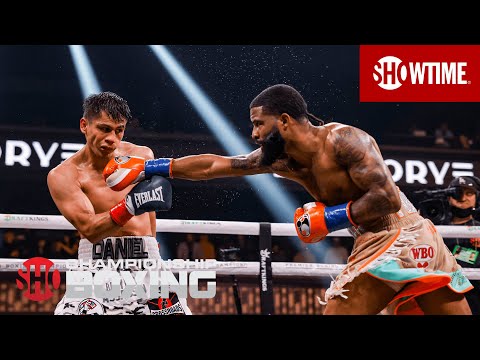 “I made a hell of a statement tonight,” said Fulton, who improved to 21-0 with eight knockouts. “I prepared for this and I told y’all I was going to make it easy and fight depending on how I wake up, and I woke up feeling good.”

The Philadelphia-native closed out the bout in impressive fashion, moving to the inside for the final three rounds as he continued to batter and frustrate Roman. Overall, he held a 218 to 113 lead in punches landed according to CompuBox, including 112 to 68 in power shots. In addition, his nine jabs landed per round was more than double the average for the weight class. After 12 rounds, all three judges were in agreement on Fulton’s dominance, with final scores of 120-108 twice and 119-109.

“There’s no excuse,” said Roman, who dropped to 29-4-1 with 10 knockouts. “I think this fight proves who the best 122-pound fighter in the division is. Fulton did that tonight. He proved it. I wish him the best and I hope he goes and achieves what I couldn’t achieve. Go become undisputed. Like I said, this fight proved who is the best in the division. Fulton was the better man tonight.”

Known as “Cool Boy Steph”, Fulton was in control throughout the action, showing off expert movement against an aggressive opponent, while consistently finding openings for his offense. Roman pushed the pace early and often, initiating offense with power and body shots, but Fulton effectively countered him repeatedly and removed himself from danger.

“It was very important to control the distance tonight,” said Fulton. “Like I said before, in the last outing with Brandon Figueroa, I didn’t have the energy because I didn’t make the weight the right way. So shout out to my dietician. Any moment he had, I took it right away from him. I neutralized the threat.”

After unifying titles last November in an all-action showdown against Figueroa, Fulton used more movement on his way to a wider decision in his first defense as unified champion. Fulton’s accuracy was a key throughout, as he held a 36% to 17% edge in connect percentage.

“I started walking him down because I saw that he had been slowing down,” said Fulton of the final rounds. “I feel like the more I kept boxing, the more I just got a little tired of boxing. Me trying to walk forward to him wasn’t going to happen all the time, but I definitely saw him slowing down. I wanted to stop him but I didn’t get that.”

“You already know what’s next,” said Fulton. “I want M.J. I got to finish this up. But much respect for Danny Roman. Much respect.”

“I’m excited,” said Morrell. “Thank you everyone for coming out to The Armory. I’m just happy, man. I’m happy. I’m so excited every time I fight in my new home in Minnesota. I made this place my home.”

Competing in his third-straight bout at The Armory, Morrell gave his fans what they came out to see, stepping to Henderson early and often and putting his opponent on the defensive. Morrell showed a dedicated intention on attacking his opponent’s body, racking up a 26-3 edge in body punches landed, before mixing it up with hooks and uppercuts.

Henderson was game for the challenge, hanging on the ropes and slinging counters to try to deter the charging Morrell, but was overwhelmed by the punching accuracy of Morrell (37% to 11%). Late in round three, Morrell broke through for the first time, connecting on a right hook that left Henderson visibly hurt on the ropes.

“We knew that he wanted to come out strong like he did, but we wanted to show that his punches weren’t doing anything,” said Henderson. “We were picking off most of those shots. We were trying to wear him out, and the game plan was working but he landed some shots and the referee called it.”

Morrell continued to swing aggressively throughout the final moments of the round, although Henderson was able to withstand the punishment and stay on his feet until the bell rang. While Henderson made it out for round four, Morrell remained patient until he found an opening and landed his right hook, hurting Henderson again and eventually forcing referee Luis Pabon to waive off the contest 2:35 into the frame.

“I want to thank my trainer Ronnie Shields, who did an excellent job today,” said Morrell. “That’s what our game plan was, to be concentrated and if I didn’t get him by the end of the first round, I was looking to get him in the later rounds.”

“I’m a fighter at heart and I compete so when he stopped the fight, I was upset,” said Henderson. “But I understand, the referee is just doing his job.”

After the fight, Morrell declared his intention to face the best at 168-pounds.

“It’s David Benavidez, it’s Caleb Plant, it’s Anthony Dirrell, it’s whoever wants to get in the ring with me,” said Morrell. “I’m ready for any of them.”