Bam Rodriguez is a guy that arguably should be competing at 122 now. He looked huge after he rehydrated for his last fight against a shot to pieces 33-year-old Carlos Cuadras.

Like a lot of younger fighters, Bam Rodriguez is able to fight in a division below his natural body size. It would be interesting to see Bam move up to 118 to take on Naoya Inoue or better yet 122 to fight WBC/WBO champion Stephen Fulton. At least those guys are close to Bam’s size.

Texas native Rodriguez, 22, will have the crowd on his side in this fight, but he will have to stay away from Rungvisai (50-5-1, 43 KOs) as he did against Carlos Cuadras; he lacks the power to trade with the powerful Thai.

‘Bam’ Rodriguez moved up in weight to 115 to capture the vacant WBC super flyweight title against the faded former champion Carlos Cuadras last February. Rungvisai, 35, was initially scheduled to face Cuadras for the WBC belt, but he pulled out of the contest due to an illness.

Cuadras forced Bam to get on his bike after nailing him with repeated uppercuts in the early going. With Bam’s movement, he won a 12-round decision, but it was a boring fight to watch because he couldn’t stay in the pocket against the more powerful Cuadras.

Tonight, Rodriguez will likely be hitting & running to keep away from Rungvisai because he doesn’t match up with the Thai in the power department. It’ll finesse from Bam, and he could win a decision if he avoids being taken apart by Rungvisai.

Rodriguez’s trainer Robert Garcia wants him to return to the 112-lb division after this fight to go after WBC flyweight champion Julio Cesar Martinez. Garcia feels that’s a better division for Bam to be competing in.

If Rodriguez stays at 115, he’ll have to compete with Roman ‘Chocolatito’ Gonzalez and Juan Estrada. Those guys are better talents than Bam, and they’ll likely beat him without any problems. Robert is wise enough to want to avoid that happening to Bam, so he’s steering him towards the 112-lb weight class where he matches up better.

Bam Rodriguez will win a decision tonight by using movement, jabbing, and single shots to beat the more powerful Rungvisai. However, if Bam gets cocky and tries to trade, he’ll get knocked out by Rungvisai.

Bam is smart enough to know that he can’t go toe-to-toe with Rungvisai because he doesn’t possess enough pop in his punches. Like his brother Joshua Franco, Bam is a pure boxer, not a slugger, and he can’t trade with powerful guys like Rungvisai.

“We got Bam Rodriguez, who is the youngest champion in boxing at 22 years old. He has the footwork, fluidity, and punch selection and is an incredible young fighter to watch.

“I like the body shots from both, but I like the youth from Bam Rodriguez, the angles he’s going to get, and the uppercuts. Watch for uppercuts. It’s going to be straight left hands and right uppercuts.

“Jesse Rodriguez, I’ve known him since he was in the amateur ranks. I’m happy with what he’s doing, so I’m going with Jesse,” said Devin Haney. 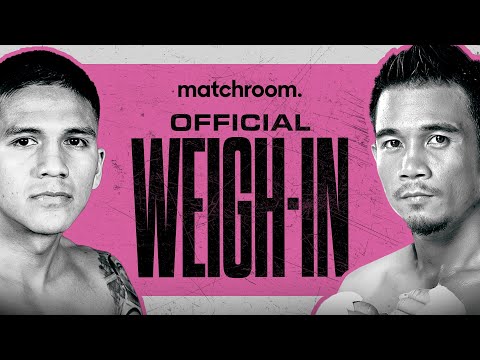 
« Who Do You Pick “Sugar” Ray Leonard or Floyd “Money” Mayweather?