By Robert Segal: Jermall Charlo explained why fights against the big three, Canelo Alvarez, David Benavidez, and Jaime Munguia, failed to happen, blaming it on things out of his control.

However, Charlo (32-0, 22 KOs) made it clear that he’s NOT interested in fighting former two-time WBC super-middleweight champion Benavidez (26-0, 23 KOs), even though Canelo said that they do so and that he would fight the winner.

Jermall doesn’t see any point in fighting Benavidez, which reinforces the view boxing fans have that he’s running scared of the tough Mexican star, who is arguably the #1 fighter at 168.

Benavidez is the uncrowned champion of the entire division, and not even Canelo can’t dispute that.

Disappointingly, Charlo says he’s content staying at 160, even though there’s no one for him to fight in that weight class, and that’s he’s running out of time.

“Canelo turned the opportunity down, Munguia went with his guy, Benavidez don’t have nothing to offer. He don’t have no belt or nothing,” said Jermall Charlo to Showtime Boxing when asked why fights against Canelo Alvarez, David Benavidez, and Jaime Munguia failed to happen.

“It was like me moving up outside of my weight class when I could be fighting for my belt. It was only right and the circumstances evened out,” continued Jermall with his excuses for why he didn’t fight the big three.

“I bring the heat back to the division, and I’ll start doing a lot more in the time comes. We’ll get a chance to see the middleweight division spark back up.

“There are some guys that are younger that are going to come up and give us some heat too. The division is never dead. It’s just part of the game right now. You got to have patience in boxing.

“I reign at 160. I have a chance of becoming one of the greatest fighters that ever go down in history at 160.

“Eventually, it’s going to get hotter when the smaller guys move up [from 154], but right now, I just have to continue to do what I’m doing and that’s win fights.

“Eddie Hearn is doing his job exceptionally well trying to avoid fighting me,” said Jermall when told that Eddie Hearn said that Charlo hadn’t earned a fight against Canelo because he has “no notable wins” on his resume.

“In my case, if you don’t have any notable win and we offer you this much money why not take that fight? That doesn’t make sense to me. Business is business, right? 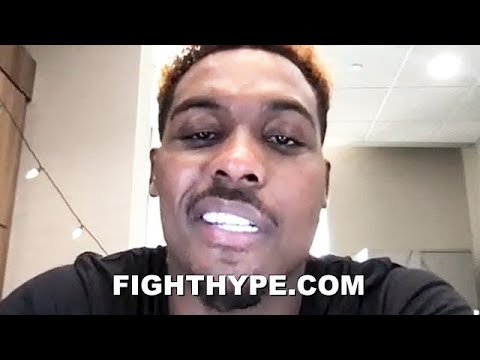