By Sam Volz: Jaime Munguia weighed in at 165 pounds on Friday for his 12-round catchweight fight against Jimmy Kelly this Saturday night, June 11th on DAZN at the Honda Center, in Anaheim, California. #8 WBO contender Kelly weighed in at 164 lbs. 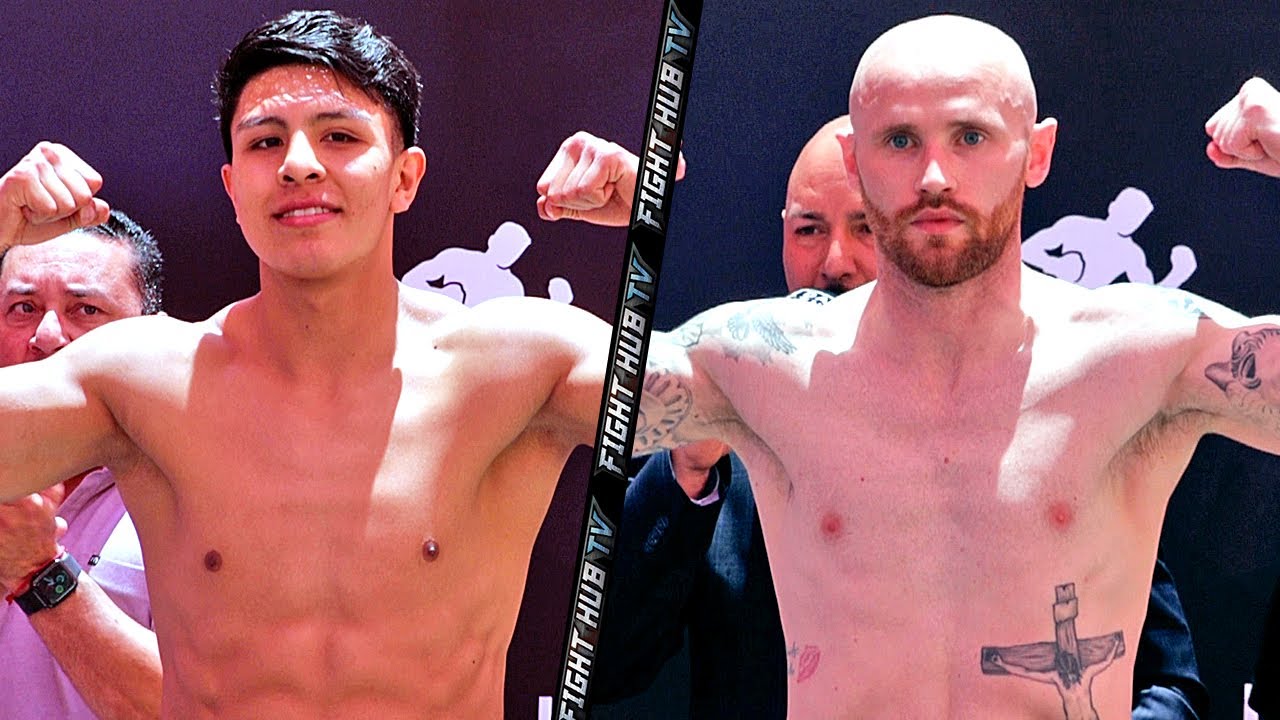 Kelly is another easy mark for Munguia to fight to keep him unbeaten record before he gets a bigger match against one of the champions.

Golden Boy promoter Oscar De La Hoya would be overjoyed at getting Canelo Alvarez or Gennady Golovkin to fight Munguia, but it’s debatable whether that will ever happen.

With Munguia’s ranking, he’s going to get a title shot soon, even if it involves his promoters at Golden Boy Promotions making a cross-platform fight against WBC champion Jermall Charlo.

Munguia is getting his feet wet by fighting at a catchweight at super middleweight to prepare him to make a move in 2023 to that weight class.

That’s where the bigger fights are for the 25-year-old Munguia against Canelo Alvarez, and David Benavidez.

“He brings that Mexican style, that pressure and that only makes for a good fight,” said Jimmy Kelly to Fight Hub TV. “It’s going to be a hard 12 rounds. I’ve prepared accordingly.”

“He’s obviously making improvements. He’s a young guy, and his patience will get better as he gets older. He’s got that youth, and he’s going to be a superstar but not yet. There’s where I’m going to come in and upset the apple cart,” said Kelly about his view that he’s going to defeat Munguia.

“I’ve prepared for the hardest 36 minutes of my life. Mentally & physically, that’s in my mind. I’ve got to come through the trenches, so that’s what I’ve got in my mind.

“I was the underdog last time against Kanat Islam. He was unbeaten and everyone was with him. Everyone was kissing his a**. It’s the same thing for me.

“I just focus on me. People’s opinions on who they favor in the fight, it doesn’t make any difference to me. I’m just going to go in there and do my thing and I’m confident I’ll get the win.

“I’m not a big name over here, but I’ve just beaten a good fighter in Kanat Islam. You underestimate at your peril. One judge had it as a draw, but I dominated him. It wasn’t even a close fight. I’m coming off the experience of that, and I’m looking forward to this next one.