By Robert Segal: Eddie Hearn revealed on Thursday that he was given a letter from Mayweather Promotions telling him to stop talking about his desire to sign their fighter Gervonta ‘Tank’ Davis, who he had thought was now out of contract.

Hearn said that if the lightweight superstar Tank Davis (27-0, 25 KOs) is under contract, he doesn’t want to interfere with Mayweather Promotions. However, if his contract is up or when it is up, he’d be interested in making an aggressive offer to sign the unbeaten champion.

Hearn was amused by an interview Mayweather Promotions CEO Leonard Ellerbe made with The Last Stand Podcast on Wednesday. He spent a considerable amount of the time ranting about him.

At the end of the interview, Ellerbe said this about Hearn: “This is the one guy, if I had the opportunity, I’d stomp him out.”

That comment by Ellerbe surprised Hearn, who viewed it as a threat from the Mayweather Promotions CEO.

“A bit violent, wasn’t it?” said Eddie Hearn to ThaBoxingVoice when told that Mayweather Promotions CEO Leonard Ellerbe said he wants to stomp him out. “He’s threatening me, and I will just say, I’m so scared.

“But seriously, he says, ‘I want to keep it professional, but I want to stomp him out. I don’t want to talk about Eddie Hearn, but let me do this seven-minute segment for Showtime,'” Hearn continued.

“How good was that for me? Seven minutes on Showtime talking about Eddie Hearn. I don’t think me and Leonard will ever get on with it. He said I know what it’s about. I don’t, but he’s welcome to call me or meet me. It’s not a problem, and then we can have a chat and see where the land lies.

“If he is, so be it. How long he [Tank Davis] is for, I don’t know. We would never interfere with a fighter under contract. If the opportunity comes available, of course, we’ll be very aggressive with an offer with Gervonta Davis, but if he’s under contract, obviously, we don’t want to have those conversations.

“Gervonta is a great fighter; I’ve been a fan for a long time,” said Hearn when asked about his thoughts on his performance against Rolando ‘Rolly’ Romero last Saturday night.

You got to believe that if Mayweather Promotions doesn’t re-sign Tank Davis without him looking around at other offers, Hearn will swoop in and make a serious attempt at signing the young superstar.

As Hearn pointed out, having Tank Davis as one of the fighters in his Matchroom Boxing stable would be a huge asset.

When you’ve got a fighter like that in your stable, it helps attract attention from fans in the other fighters that are with the company, and also, it’s a magnet for signing other great talents.

Hearn will need a replacement star for his flagship fighter Anthony Joshua, who is coming to the end of his career as an elite fighter.

If Hearn could sign Tank, he’d be a top star for five to seven years, and by that time, he’ll have signed someone else that can take the baton from him to be the next big attraction for Matchroom.

“You see him filling up those arenas, a great fighter, he’s a good star, and props to Leonard Ellerbe,” Hearn said of Gervonta.”They’ve done a good job. I don’t know the deal, but sometimes a fighter starts looking at all the filled-up seats, and pay-per-view buys and goes, ‘Who is making the money here?’

“That’s why we like to let our big names own the commercial revenue in those fights. Maybe that’s what he’s [Tank Davis] is thinking. I have no idea. It was a good fight. I think Gervonta is levels above Rolly, but I understand Rolly was in the fight. I was a great knockout; he’s a star.

“Canelo-Bivol did over 600,000 buys,” said Hearn in reacting to Ellerbe saying that the Canelo vs. Bivol fight didn’t bring in huge numbers. “So how is that a bad pay-per-view when Canelo against Plant did 700,000 buys, which was a fight for the undisputed super middleweight championship against an American?

“Leonard talks about how Canelo has lost his star power going on DAZN. You know, they talk about that fight was bad for Canelo Alvarez. He’s boxed on DAZN for two years.

“If you read the Forbes list or the highest-paid earning list, why do you think that is? It’s because of his relationship with DAZN and because of his star power, and it’s worked. So, Canelo Alvarez is a huge star, and people seem to forget that we promoted him.

“People seem to forget that the GGG fight will be his fifth fight in his last six with Matchroom. So, I think we’re doing alright.

“The Canelo-Bivol numbers were outstanding, and the GGG numbers in September will also be outstanding, and DAZN will have a fantastic business in America. They’ve worked very hard, and they’re in a great position.

“My relationship with Canelo? Canelo and Eddy Reynoso made a decision. They wanted to fight Dmitry Bivol, and we all thought it was a good fight. He didn’t box great on the night, Bivol was outstanding, and he won.

“Canelo Alvarez is the backbone of American boxing; he’s the only guy that’s doing those kinds of numbers. He’s a massive part of our business, and we’ve got a great relationship with him,” said Hearn about Canelo.

The loss that Canelo suffered against WBA light heavyweight champion Dmitry Bivol will likely make his September trilogy match with Gennadiy Golovkin bigger than it otherwise would have been. Additionally, the rematch next May between Canelo & Bivol on DAZN PPV will surely bring in collosol numbers. 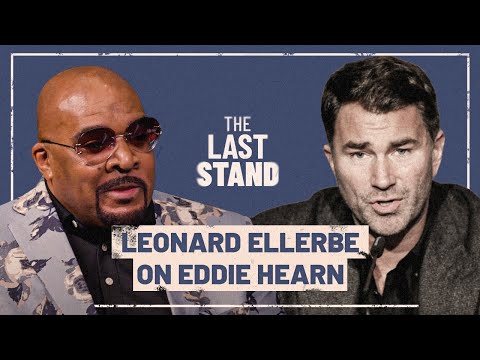 Teofimo Lopez and Pedro Campa agreed for Aug.13th at 140-lbs »