Oscar tried to set up a fight recently between Munguia and Charlo (32-0, 22 KOs), but network issues prevented the match from being made. It’s too bad because it would have been an excellent one for both fighters.

For Jermall, he needed the fight against Munguia to help him get a well-paying bout against superstar Canelo Alvarez. The 32-year-old Jermall has been fighting worse opposition than Munguia, and he’s the WBC 160-lb world champion.

De La Hoya was upset at his inability to get the fights he wanted for the former WBO 154-lb champion Munguia (39-0, 31 KOs), who has repeatedly been facing obscure opposition for the last several years since moving up to the 160-lb division.

Oscar would like to match the 25-year-old Munguia against the unbeaten Jermall Charlo, Canelo Alvarez, and Gennadiy Golovkin. Those fights haven’t presented themselves to De La Hoya, so he’s stuck putting Munguia in with fringe-level fighters.

This Saturday, Munguia will be fighting fringe contender Jimmy Kelly (26-2, 10 KOs) in a 12-round fight on DAZN at the Honda Center in Anaheim, California.

It’s a fight that has gone under the radar with many boxing fans despite Golden Boy tirelessly promoting it. The problem is that Munguia has had too many lackluster fights, so when he does compete, he’s ignored by fans.

The perception fans have is that Golden Boy is protecting Munguia, waiting for that one substantial cash-out fight against Canelo or Golovkin before finally throwing him in the deep end. Until then, fans see Munguia fight guys like Kelly, D’Mitrius Ballard, Gabriel Rosado, and Kamil Szeremeta.

“I’m not frustrated. I’m going to be vocal and keep beating the drum. The fight fans want to see the best fights, and my fighters are asking for the best fights,” said Oscar De La Hoya to Fight Hub TV.

“We can continue doing this, but it helps nobody,” said Oscar about Munguia taking on a non-appealing opponent in Jimmy Kelly on Saturday night.

“I want to make Charlo – Munguia; what’s the problem? I’m very positive that Charlo wants Munguia, but it’s PBC and Al Haymon and hiding behind that with Tank Davis.

“Al Haymon calls the shots, and that’s probably a big problem for Tank and for Charlo because if that’s the case, they’re never going to get the big major fights that they deserve.

“With any other promoter, whoever it is, whatever network, they’ve done it before with ESPN and FOX, with Tyson Fury with Wilder. Let’s go, let’s do it,” said De La Hoya. 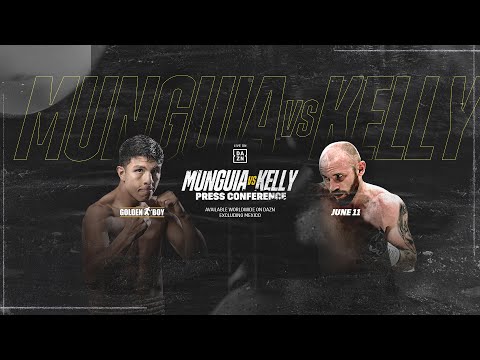