Canelo Alvarez says Dmitriy Bivol rematch will be at 175

By Sean Jones: Canelo Alvarez has confirmed that “If” he fights Dmitry Bivol again, it’ll be at 175 because he doesn’t want to deal with the excuses that could come afterward.

To be sure, the backlash Canelo would receive in using his A-side popularity to force the rematch with Bivol at 168 is enough to deter him from going in that direction for a hypothetical rematch with him.

The boxing public would be all over Canelo, criticizing him nonstop if he made Bivol drop down to 168 for the second fight, and he’s smart enough to know that would be a wrong move.

Not only would it minimize a potential victory for Canelo, but it would be hell for him to listen to the criticism he’d receive from fans before and after the rematch.

To compete with a fighter like Bivol, you must be disciplined, well-conditioned, possess a high ring IQ, and be fully engaged mentally in the sport.

In other words, you can’t be disengaged because your mind is thinking about playing golf at a country club filled with millionaires.

If Canelo chooses not to rematch Bivol, you can understand his situation. At this point in his career, he knows where he’s at physically & mentally.

If Canelo doesn’t think he can beat Bivol, it makes no sense for him to fight the talented 175-lb champion a second time and wind up humiliated again.

“If I fight with Bivol again, I’m going to fight at 175 because I don’t want any excuses,” said Canelo Alvarez during Friday’s roundtable with the media when asked about a possible rematch with Dmitry Bivol.

It’s still too early to know if a Canelo vs. Bivol rematch will ever occur because both fighters could lose their fights during the interim this year, making it pointless for a second contest to take place.

Canelo has a tough trilogy clash against Gennadiy Golovkin scheduled for September 17th that he must win, and there’s a high potential that he could lose that fight.

Golovkin is an intelligent fighter, and his trainer Johnathon Banks will ensure he follows the Bivol blueprint to the letter against Canelo. GGG is like a soldier, and he will learn from Canelo’s battle against Bivol how to attack him.

With Canelo (57-2-2, 39 KOs) using the “if” word when it comes to a rematch with WBA light heavyweight champion Bivol (20-0, 11 KOs) indicates that he’s not 100% certain that he’ll fight the highly disciplined and talented fighter again.

If Bivol loses to Joshua Buatsi or whoever he faces in his next fight in 2022, it’s safe to say that Canelo won’t elect to take the rematch next year. 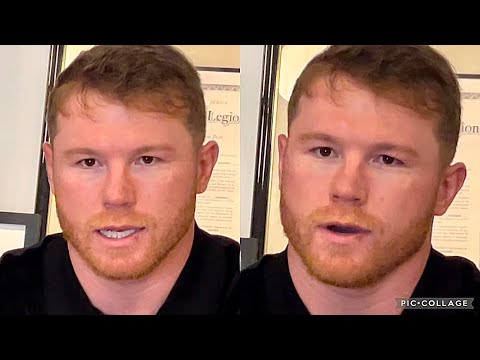 Ryan Garcia expects Canelo to do well against Golovkin in trilogy »