By Allan Fox: Caleb ‘Sweethands’ Plant says he’s looking to face the biggest name possible for his return fight in the fall. The former IBF super-middleweight champion Plant (21-1, 12 KOs) has been dealing with an injury that has kept him out of the ring since his loss to Canelo Alvarez last November.

Plant, 29, isn’t elaborating what the injury is that has kept him inactive since last November’s 11th-round knockout loss to Canelo, but suffice to say it’s been serious enough to put the Tennesse native on the shelf for seven months, and it’s likely that he’ll only fight once in 2022.

With the millions that Plant made fighting Canelo, he can afford to sit idle and continue to lick his wounds until the fall. ‘Sweethands’ Plant says he wants to fight the biggest name possible, but when asked if his rumored fight with 37-year-old Anthony Dirrell is done yet, he said, not yet.

Dirrell isn’t a big name at this point, so that kind of gives you an idea of what Plant means when he says he wants the ‘biggest fight possible.’

He’s likely talking about the most recognizable name among the older fighters that are played out, and not a threat to beating him. Dirrell would be a risky fight for Plant because he can still punch, and he has better stamina.

If Plant gasses out against ‘The Dog’ Dirrell, he’ll get knocked out just like in his fight with Canelo, but maybe earlier.

Plant to fight in the fall

“It’s looking like the end of the summer or the beginning of the fall or sometime in the fall,” said Caleb Plant to The Good Fight with Kate Abdo, about when he plans on fighting next.

“I’ve been letting something heal up, and that’s why I haven’t been back yet,” said Plant. “Now, we’re looking to get the best fight possible and the best location possible, and the biggest name.

“I want to get back to my winning ways, and then let the world know why I’ve had to take a little more time off. Until then, I want to keep it under wraps

“That’s not a done deal yet, but like I said, we’re looking to get the biggest name possible,” said Plant when asked if he still plans on fighting Anthony Dirrell next.

“I feel like I got a lot of momentum coming off the Canelo fight, even though things didn’t go my way. We were disappointed in that, but I felt like I showed the world that I’m right there at the world-class level.

Caleb sees himself as an all-time great

“I’m right there at that all-time great level, but I got clipped by a shot late in the fight,” said Plant. “Now, we’re just looking to move on to what’s next. I don’t want just an easy no-name.

“I understand that I’ve got to work my way back. That just comes with the territory, but that’s something I want to do. I’ve been in the gym with coach Wade, strength & conditioning.

“It’s an opportunity to learn how to get better from that,” said Plant about learning from his loss to Canelo Alvarez. “Instead of crying & complaining and making excuses. We just need to get right to it and dissect things, pick it apart and see what we can get better at.

“I feel like I was winning [against Canelo] until I got clipped. I felt like I was winning six to four. They could have had it 6-4, 5-5. That’s a close fight going into the 11th round, especially against someone with Canelo’s experience. That’s not something you can buy or train for.

“Getting that experience is something I keep in my tool belt and will come in handy. There are things we can get better at, but we weren’t far off.

“Like I said in my eyes, I was up 6-4. I had some other close people tell me it could have been 6-4 his way. Either way, going into the 12th round, that’s a razor-close fight,” Plant said.

“Just continuing to work on my craft and getting better, and I’m going to be back soon,” Plant said. “It’s not like I went out there and embarrassed myself and got beat up and hadn’t won a round.

“With the way the fight ended up like it ended up and the success that I had. It was disappointing because I didn’t come to do good. I came to win. I showed and proved to myself that I’m not scared of anybody.

“It’s not like I got clipped by some bum or somebody that nobody knows. It’s by somebody that’s probably going to go down as an all-time great.

“It hurt a little bit,” said Plant when asked how did it feel watching Canelo lose to Dmitry Bivol. “To see him go out there and do that, it was like, ‘I wish that could have been me.’

“That’s part of the sport. When you go in there with somebody, most of the time somebody has got to come out with the short end of the stick. I just use it for motivation to get back in the ring again.

“Getting the biggest name possible will let the boxing world know that I’m not here to play and take my time. I want to get right back to it. After I do that successfully, then it’s to move into the biggest fight out there.

“Whether that’s [Jermall] Charlo or David Benavidez, and clearing out the rest of the division. As soon as I get this next win, I’m going to be stepping right to them.

“I’m not ducking anybody, I’m not dodging anybody. If I’m fighting Canelo, who has accomplished what he’s accomplished, then I’m not scared of anybody.

“Emotionally, probably David [Benavidez], said Plant when asked who he would prefer to fight between Jermall Charlo and Benavidez. “Just all the things he’s had to say in the past about me.

“My goal is to put myself down as a great, clear out the division, and be remembered as a great. I can’t just do that by beating one of them. I need to beat both of them, and that’s what I’ll do.

“I don’t think either one of them can f*** with me, so it doesn’t matter to me,” said Plant when asked which of those two fighters, Charlor or Benavidez, gives him the most problems.

“As far as skills, I don’t think either one of them can f*** with me. They can’t outbox me, they’re not smarter than me, and they’re not more diligent than me with their training. They’re obviously not more disciplined than me.

“I don’t show up on TV drunk, I don’t miss weight, I don’t test positive for cocaine, I don’t miss fights, I don’t lose belts on a scale. If I’m going to lose a belt, it’s going to be.

“I see myself being here for a long time [168]. It’s not as if it’s difficult for me to make weight. I’m going to be here long enough to clear out a division. For any top middleweights that move up, I’m going to be right here,” said Plant. 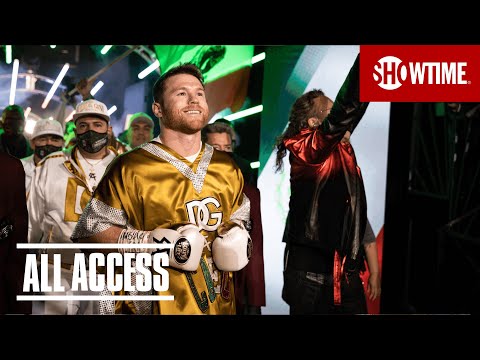 
« Canelo vs. Golovkin III at T-Mobile Arena in Las Vegas on Sept.17th