Robeisy lured Nova in by taunting him repeatedly during the first four rounds, then nailed him with a perfectly placed left to the head that knocked him flat in the fifth round. 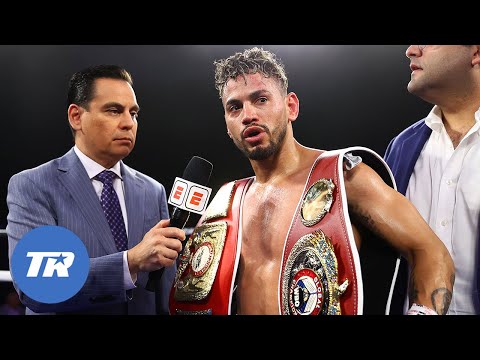 Nova was badly hurt and unable to get back up, forcing the referee to halt the fight on the spot. The official tome of the stoppage was at 2:20 of round five.

Robeisy’s fighting style was entirely different from the one that he utilized to defeat Shakur Stevenson and win two Olympic gold medals. He was sitting down on his punches a lot more than he did when he fought in the amateurs and focusing more on fighting with a pro style.

“It was all about the strategy,” said Robeisy after the fight. “I’m blessed to work with Ismael Salas, who is a genius in my corner. It really was about setting up that shot.

“If you watch the fight, it was about working, tapping the body until that opening was created,” Robeisy continued. “I knew he was dangerous, so I had to be careful, but when I saw my opening, I took it and I finished the fight.”

Robeisy was throwing a lot of left hands, and not putting much effort into hitting Nova with right hands. It looked like Robeisy was focusing on using his power hand to make sure he scored a knockout, and sure enough, he succeeded. 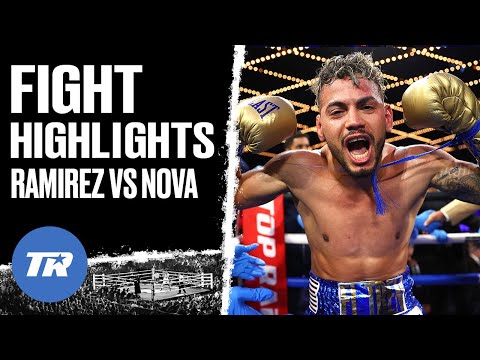 Nova threw a lot of punches in the first four rounds, outworking Robeisy, but his shots were landing on the arms of the Cuban talent. If those punches had gotten through from Nova, Robeisy would have been in trouble he was giving away a lot of size.

Nova normally competes at super featherweight, but for this fight, he came down to 126 to face Robeisy. At the weigh-in, Nova looked skeletal from the weight he’d taken off to get down to the 126-lb limit.

Tonight, Nova looked huge after having rehydrated, but the size didn’t help him in the fight because he didn’t have the same technical ability as Robeisy.

We’ll see what Top Rank has in store for Robeisy. At 28, he’s older than Shakur Stevenson, who Top Rank also promoted, and he’s captured two division titles at the tender age of 24.

If Top Rank is willing to let Shakur fight for titles at his age, they should be open to letting Robeisy compete for the.