Bam Rodriguez could face Rey Martinez at 112 after Rungvisai

Bam Rodriguez faces Rungvisai in the main event on DAZN this Saturday night.

Robert likes the opportunities for the 22-year-old Rodriguez in those weight classes, and he doesn’t want him to be campaigning in the same division as his brother Joshua Franco, who holds the WBA 115-lb title and has a very tough fight ahead of him next month against WBA ‘Super World’ champion Juan Francisco Estrada.

‘Bam’ Rodriguez is coming off of a victory over Carlos Cuadras in February in winning the vacant WBC super flyweight title, but he’s thrown in deep in defending against former two-time WBC 115-lb champion Rungvisai (50-5-1, 43 KOs) this Saturday night in the first defense of his newly won belt.

“We have to go passed Rungvisai. He’s a very dangerous fighter, and he’s a very powerful opponent, so we’ve got to fight smart,” said trainer Robert Garcia to Matchroom Boxing on what Jessie ‘Bam’ Rodriguez must do on Saturday night when he defends his WBC 115-lb belt.

Bam Rodriguez might be biting off more than he can chew against Rungvisai, who is a very powerful guy that could knock him out if he lands.

“We’ve got to take the fight round by round and see how it works and hopefully get the win,” Garcia continued about Bam Rodriguez. “Yes, the plan is to get the win and after that maybe find another titlist in another division.

“I wouldn’t mind bringing him back to 112. We also have [Julio Cesar] Martinez defending his WBC [flyweight] title [against McWilliams Arroyo], and he’s one of the 112-lb titles. So, I would love to get that opportunity.

“If they both [Bam Rodriguez and Rey Martinez] come out with a win, are next fight against Martinez for the WBC 112 pound title because we went to 115 because we got that opportunity against [Carlos] Cuadras [to fight for the vacant WBC flyweight belt].

“So we don’t want to get into that ‘where I’m taking those fights from him’ because it’s also a sport, and we have to be teammates. They’re both brothers, and they both train with me, so we have to do what’s best for both,” said Robert Garcia about Bam Rodriguez. 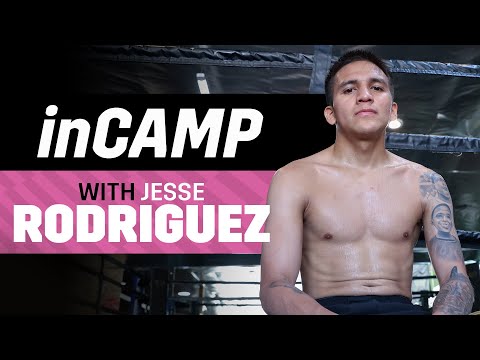 Canelo vs. Golovkin III at T-Mobile Arena in Las Vegas on Sept.17th »