Ryan Garcia vs. Javier Fortuna in the works for July 16th in Los Angeles

By Dan Ambrose: Ryan Garcia and fringe lightweight contender Javier Fortuna have reportedly agreed to a deal to fight on July 16th in Los Angeles, California.

British fighter Maxi Hughes had in the running for Ryan’s next fight, but the battle against Fortuna is now back on once again.

While the Ryan-Fortuna fight might have been somewhat interesting a year ago, it’s now past its sell-by date because of Fortuna’s recent defeat against Joseph Diaz Jr.

The Garcia vs. Fortuna fight will occur at the Crypto Arena in LA, formerly known as the Staples Center.

Fortuna then fought Joseph ‘Jojo’ Diaz Jr. and was soundly beaten by a 12-round decision. Since then, Jojo got schooled by WBC lightweight champion Devin Haney.

It’s a bit late for Ryan to be fighting the 33-year-old Fortuna (37-3-1, 26 KOs), as they should have fought a year ago instead of now. Jake Donovan is reporting the news of the Garcia vs. Fortuna fight.

Fans were recently hoping to see Ryan fight the dangerous Isaac ‘Pitbull’ Cruz next, but that’s no longer happening.

Fringe contender Fortuna is a disappointing replacement, as he’s a similar opponent as Ryan’s last fight against 33-year-old Emmanuel Tagoe. Same ranking and non-threat to Ryan.

Ryan looked timid, awkward & wild against Tagoe, and nowhere near the talent level of the top fighters or many of the contenders in the division.

Fortuna recently bounced back from his loss to Jojo with a first-round knockout over 39-year-old journeyman Rafael Hernandez (32-16-3, 25 KOs) last February.

Risky options for Ryan’s next fight

It’s safe to say that Golden Boy Promotions won’t let Ryan Garcia anywhere near those killers because they can punch, and they would be looking to destroy King Ry. Nakathilia, Valenzuela, and Rivera would be too risky for Ryan to fight.

Commey and Zepeda would be very dangerous for Ryan to fight, especially after the way he looked against Tagoe and Luke Campbell.

“Let’s go see if you can knock me down, Tank,” said Ryan Garcia on social media. “He was calling me out, ‘You next.’ That’s kind of word for word what he said, pretty much, but I’m going to crack him, I’m going to beat him.

Some boxing fans believe Ryan will continue to be matched in safe fights like Fortuna & Tagoe until he gets a cash-out against WBA ‘regular’ lightweight champion Gervonta ‘Tank Davis in a war that he’ll have no chance of winning.

In other words, it would just be a spectacle like last weekend’s mismatch between Tank and the theatrical Rolando ‘Rolly’ Romero. 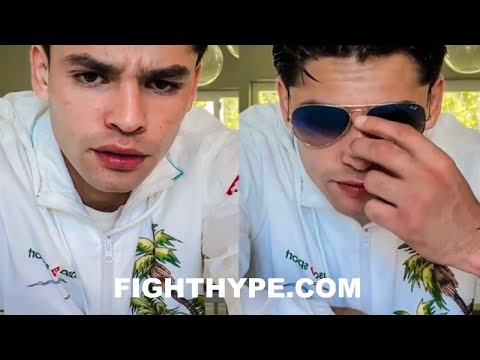 
« Joshua vs. Usyk II could be delayed one to two weeks says Eddie Hearn