Liam Smith vs. Sebastian Fundora: Who wants to see it?

By Huck Allen: Liam ‘Beefy Smith needs a win over a high-caliber contender at 154 like Sebastian ‘The Towering Inferno’ Fundora to quickly get him a world title shot.

Liam Smith’s promoters would need to consider carefully before putting him in with a talented young fighter like Fundora because he’s a much different kettle of fish than Jessie Vargas, Anthony Fowler, and Roberto Garcia, the last three fighters he beat.

Fundora, 24, is coming off a ninth-round stoppage victory over Erickson ‘The Hammer’ Lubin last month on April 9th in a fight that saw both fighters hit the deck in this war in Las Vegas.

As great as that win was for Smith, it wasn’t a good enough victory or performance to lock him in for a world title shot against the winner of the May 14th rematch between IBF/WBA/WBC junior middleweight champion Jermell Charlo and WBO champion Brian Castano.

After a rough first two rounds against Vargas last Saturday, Smith took control of the fight with his better engine and wore down the former 140 & 147-lb champion with continuous pressure.

In hindsight, it wasn’t all that surprising that Vargas because he looked out of breath earlier in the week when he was giving an interview. It’s unclear whether Vargas put any effort into his cardio during his training camp. If not, that would explain why he gassed out after two rounds against Beefy Smith.

During the interview, Vargas got up and threw a few air punches, and when he sat down, he was out of breath.

In watching that interview, it was a red flag that Vargas’ cardio wasn’t anywhere near what it needed to be for him to be fighting a pressure fighter like Smith.

It would be great to see Liam and Fundora mix it up while they wait to try and get a world title shot against the winner of the Charlo vs. Castano II rematch.

One negative that Beefy Smith has going against him is the cut that he suffered over his right eye last Saturday against Vargas. That cut will probably take time to heal, and he might not be able to fight until the end of the year.

Still, when Smith does return to the ring, it would be excellent to see him and Fundora battle it out to help boost their chances of getting a quick world title shot. 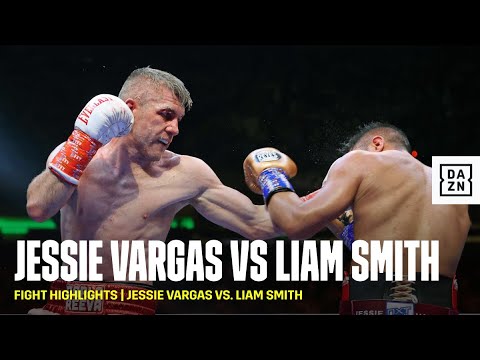 Bob Arum expects Tyson Fury to be motivated by Joshua vs. Usyk 2 rematch »