Despite seeing his trilogy match with Canelo seemingly wrecked by Bivol’s victory, Golovkin showed no ill-will for the talented light heavyweight, choosing to praise him for his victory.

Canelo’s loss to Bivol has got to be a colossal disappointment for Golovkin, as he would have had a chance for redemption in September.

Golovkin is out of luck

The 40-year-old Golovkin has waited patiently for a trilogy fight against Canelo since 2018, and now he may not ever get it. If Canelo stubbornly takes the rematch with Bivol in September, he’s almost guaranteed to get soundly beaten again.

At that point, Canelo may pack it in and choose to retire to focus more on his hobby of playing golf. Golovkin will be out of luck unless Canelo changes his mind to continue his career.

Bivol (20-0, 11 KOs) cracked the Canelo code to defeat the famous Mexican star by frequently jabbing, keeping the action at a distance, and mixing in sustained combos of 3 to 6 punches.

Golovkin twice fought Canelo at the same venue in the T-Mobile Arena in 2017 & 2018, coming away without a victory in fights that involved questionable decisions.

The mistake that Golovkin made against Canelo was not throwing sustained combinations the way that Bivol did and struggling with movement.

Where Golovkin went wrong against Canelo was his decision to try and use the Floyd Mayweather Jr. blueprint by staying on the outside and mostly jabbing. That only worked for Mayweather because he had the popularity to be given a victory.

In Golovkin’s case, he needed to focus on his power game to get the win against Canelo, and he should have thrown combinations.

Congratulations on your win @bivol_d! That was solid. Keep it up!

There’s still an outside chance that Canelo could elect to take the trilogy match with Golovkin on September 17th rather than facing Bivol in an immediate rematch.

Boxing fans & DAZN want to see Canelo fight Golovkin again. Many wouldn’t be too displeased if the rematch between the Mexican superstar and Bivol is delayed until December, or maybe not at all.

Bivol willing to fight Canelo at 168

“His natural size is for less weight, and mine too. Maybe next fight for four belts in his division,” said Bivol to Behind The Gloves.

If Canelo accepts the rematch with Bivol at 168, he’ll have a slightly better chance of winning.

“I said, ‘Rematch, no problem.’ But let’s make a new negotiation,” said Bivol about a potential second fight with Canelo in September.

“We accepted all the terms they wanted. It has to be fair; he has to gain what he lost in the first fight,” said Bivol’s manager Vadim Kornilov about negotiations for a rematch with Canelo. 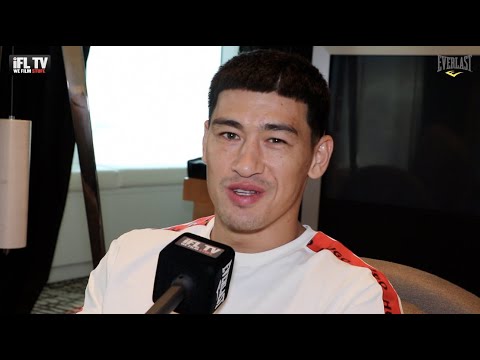 Canelo Alvarez on Dmitry Bivol: “We will fight again” »