By Huck Allen: Teddy Atlas believes the slight experience advantage that Gervonta ‘Tank’ Davis will carry him to victory tonight over the power-punching Rolando ‘Rolly’ Romero (14-0, 12 KOs) at the Barclays Center in Brooklyn, New York.

Atlas feels that more questions have been asked of the 27-year-old Tank (26-0, 24 KOs) during his nine-year professional career than Rolly, who hasn’t been matched with enough solid fighters to give him the experience.

As far as Atlas is concerned, Rolly has only fought one solid fighter in Jackson Marinez, and he feels he deserved a loss in their contest in August 2020.

The judges gave Rolly a close 12-round decision, siding with him due to the much harder shots that he was landing throughout the contest. It’s easy to understand why the judges chose Rolly. His power was on another level than Marinez’s, and he was the one on the attack the entire fight.

A lot of fans felt Tank deserved a loss in that fight, this writer included, and yet he was given the win over Pitbull.

“Romero knows how to box a little. With 140 amateur fights, you better know how to box,” said Teddy Atlas on The Fight. “But here’s why I’m putting my money on Gervonta Davis. The experience.

“Tank has fought real guys, and for me, Rolly only fought one real guy [Jackson Marinez] and he lost.

“Maybe he improved from that loss if he’s honest with himself and the people around him were the right kind of teachers and developers of young talent. Maybe he has because those are the kinds of fights that improve you

“Tank Davis has the big edge as far as the quality of fighters that he’s fought,” Atlas continues. “I don’t care how many fighters you’ve knocked out, and how many wins that you have. I care about who they’re against.

“Davis’ are against better guys [than Rolly]. What does that mean? That means Davis has had questions asked and answered with these fights being in with that type of quality opposition that could teach him that.

“I’m saying that Romero hasn’t gotten answers to all those questions. He has more questions than answers in his career still, Romero, and that’s the main reason why I’m picking Davis.

“Yeah, the talent and everything I’ve already described, but Davis has been in there with better guys and he knows he belongs. He has answers to questions that all fighters have.

“He knows he belongs, he knows he can depend on himself, and I don’t think Romero completely knows that yet. He might learn in this fight, but he doesn’t know going in yet,” said Atlas. 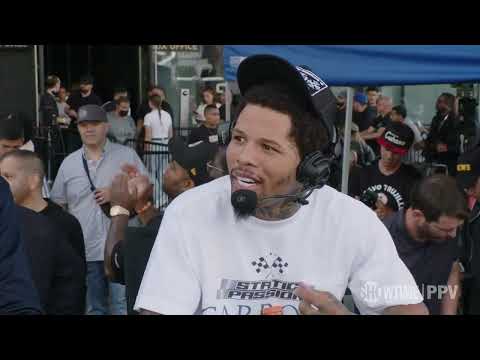