As long as the still-young 32-year-old Saunders can take off the weight he’s put on, we could see him back in action. He needs to trim down to the 170s for him to be able to make 168.

In recent pictures of Billy Joe, he appeared to be well above that weight. With the right motivation, Saunders should be able to trim the

Hearn would like Saunders (30-1, 14 KOs) to fight a rematch with John Ryder and then take on Chris Eubank Jr. next year.

Fighting Ryder would make Saunders the WBA mandatory for super middleweight champion Canelo Alvarez, who Billy Joe lost to a year ago in May 2021.

Hearn didn’t mention the status of Saunder’s right eye injury that he suffered in his loss to Canelo. Billy Joe’s right eye socket was fractured in multiple places after being hit by a well-placed uppercut by Canelo in round eight. The shot immediately created swelling in Saunders’ eye, taking the fight out of him.

In between rounds, Billy Joe told his trainer Mark Tibbs that he couldn’t see out of his injured eye, leaving no choice but to have the contest halted.

“I’d like to see Billy Joe back in the ring. We’re talking to him about possible fights in September/October,” said Eddie Hearn to TalkSPORT about the former two-division world champion Saunders potentially returning to the ring in 2022.

“He has got to get back in the gym and take the weight off because he’s notorious for enjoying himself in between camps,” Hearn said of Billy Joe.

It would be a tough ask for Saunders to go straight into a fight against Ryder after a 17-month layoff, but it’s a match that will sell.

Saunders vs. Brook would be an exciting match-up for the fans. For Saunders to continue to make the money that he’s grown accustomed to, he needs to fight Ryder, Chris Eubank Jr., or another well-known fighter. It’s too bad Kell Brook retired.

“He’s a very good fighter,” Hearn said of Saunders. “Until he broke his eye socket against Canelo Alvarez, he was having a great fight.

Saunders made millions for his fight against Canelo, so he’s not hurting for money. If he were to return to the ring, he could add to his wealth in fights against Ryder and Eubank Jr.

Billy Joe’s stamina has been a problem in a number of his fights, and you have to wonder if that’s something he can change.

To be sure, Billy Joe was fighting Canelo to a standstill until he gassed out in the sixth round, and he might have won had he not gotten tired. 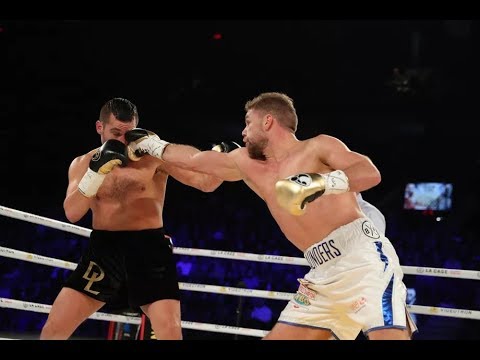