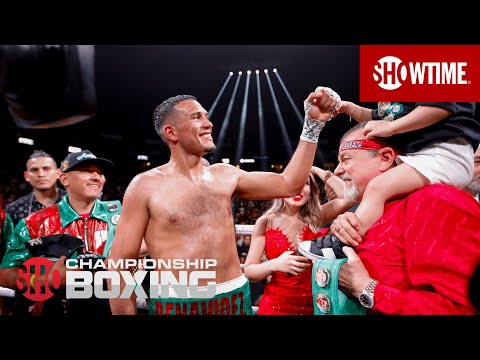 In the first round, Lemieux started out aggressive until Benavidez drove him into a corner in the final minute landing a dozen unanswered punches looking like Referee Harvey Dock might stop it at the bell.

In the second round, Benavidez dropped Lemieux with a left hook on the chin for an 8-count. He was up firing back at Benavidez. It didn’t last long before Benavidez was landing rights to the body and lefts to the head.

In the third round, it was all Benavidez when Lemieux corner wisely threw in the towel to stop the onslaught. 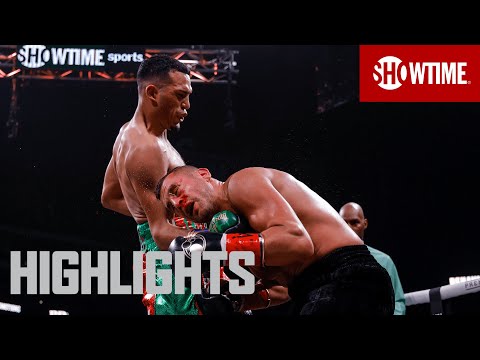 In the first round, both southpaws were swinging wildly up to the bell, with Gomez landing a left uppercut to the chin of Cota. Gomez is the son of former WBC Cruiser champ Juan Carlos Gomez. In the second round, Gomez had Cota against the ropes for the most part.

In the third round, Gomez hurt Cota driving him into the ropes that could have been called a knockdown but followed by throwing him down as Referee West Melton never warned him. Gomez landed a hard right to the chin keeping Cota on several occasions.

In the fifth and sixth rounds, hands to his side, backs into a corner allowing Gomez to come to him while not firing back enough with little landing from both fighters until the final punch landed by Gomez, an overhand left on the chin of Cota. In the seventh round, for the first time, Gomez hurt Cota with a solid jab on the chin, driving him into a corner.

In the eighth round, Gomez landed what little was landed in the round, with Gomez able to walk Cota into a corner without throwing a punch. Cota’s corner threatened to stop the fight in between rounds if he didn’t show them something. Cota moved around the ring in the ninth round, throwing little and getting backed into a corner or against the ropes without being hit.

In the tenth and final round, Cota just seemed to want to survive moving around the ring, throwing little as Gomez stalked him. The fans were booing at the end, which they should have been.

It turned out to be a slugfest in the final minute in the first round, with Nunez taking a close round. In the second round 18, year-old Fierro got cut on the side of the head and Nunez on the left eyebrow from an accidental clash of heads.

Both were throwing bombs with few landing, with Fierro having an edge in the third round. In the fourth rounds, final minute Nunez landed a hard right to the body, hurting Fierro.

From the fifth through the seventh rounds, there were more clashes of heads, with both fighting mainly on the inside, with Nunez taking all three rounds.

In the ninth round, the lack of punches landed continues. In the tenth and final round, both were warned by Referee Tony Zaino for hitting behind the head. Nunez seemed a winner with neither doing much until the final round, letting it all hang out.