By Brian Webber: Gervonta ‘Tank’ Davis wants to make Rolando ‘Rolly’ Romero pay for all his trash-talking he’s done about him by making him quit or having his trainer throw in the towel on Saturday night when they battle at the Barclays Center in Brooklyn, New York.

While Tank (26-0, 24 KOs) still insists it’s not personal for him and just business, the anger that he harbors for his trash-talking mandatory challenger Romero (14-0, 12 KOs) is plain to see.

Rolly isn’t the type to quit, though, because he’s someone that will be down with the ship, and that’s going to require that Tank be willing to get in the trenches with him for as long as it takes to get the job done.

“I’m glad we fought now and not before because I was too mad, a little angry,” said Gervonta Davis to ESNEWS about him being happy he didn’t fight Rolly Romero on December 5th last year.

“I visualized breaking him down. Even if I don’t get the knockout, I want to beat him from the first round to the twelfth and make him quit on his stool,” Tank stated.

It’s doubtful that Rolly quits in this fight, and it’ll be a mistake for Tank to bank on that. To get Rolly out of there, Tank will need to put his chin on the line, and take the huge shots that he’s throwing. That’s going to be a grueling affair.

Jackson Marinez took awful punishment from Rolly in coming close to beating him in August 2020, but he came up empty-handed for his trouble.

“I think his coach is going to stop it,” said Tank. “He’s going to throw in the towel. I think so because he’s not going to take too much bad of a punishment.

“I feel like I’m maturing as a person, and as a boxer. I’ve been doing this for a little while now. I’m still learning, but I feel that my cup will never be full. I feel I’m getting better at it as an athlete.

“He’s going to be there for me to break something for sure. It makes me want to beat him up more, but in a good way,” said Davis about the trash-talking from Rolly making him want to punish him.

“I want to show him that this isn’t what you really want type stuff. I don’t think I’m a veteran just yet, but I’m getting comfortable in there. Against Barrios, that’s when I got really comfortable inside the ring in that fight.

“Since the Barrios fight, I can see clear and understand what’s going on in the fight and everything,” said Davis. 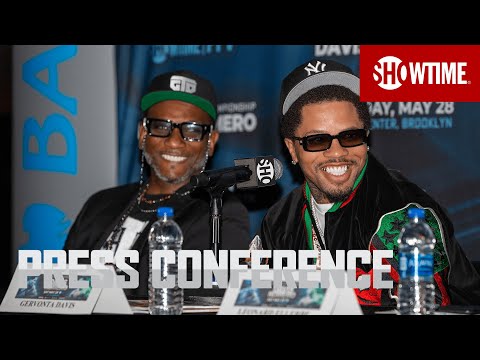