Twenty or More of the Heavyweight Champions Not in Order!

The two boxers whose names come up the most are Joe “The Brown Bomber” Louis and Muhammad Ali. Louis is known for the most defenses at 25 and Ali for winning the title 3 times.

Ring Magazine has Jack “The Galveston Giant” Johnson at their top champion, 54-11-8 (34), stopped 5:07 Canadian Tommy Burns, 43-3, for the title in 1908. He made title defenses against middleweight champion Stanley Ketchel, 48-4-3, coming off the canvas scoring a knockout in 12 rounds. Then James J. Jeffries, 19-0-2, was brought out of retirement after six years and having to lose 100 pounds. Even his pastor called him a coward for not being a “white hope,” embarrassing him to fight again. He drew the “colored line” like the white boxers did and chose No. 7, fighting a draw in 20 rounds in Paris, France. He eventually lost to Jesse “Pottawatame Giant” Willard, 22-5-2, in Havana, Cuba.

Another top champion was Jack “The Manassa Mauler” Dempsey, 53-6-8 (43), who destroyed Willard. He had his hands full with Argentina’s Louis Firpo being knocked out of the ring in the first round and pushed back in by reporters.

He scored a knockout in the second round over Firpo. But Dempsey’s nemesis would be Gene “The Fighting Marine” Tunney, 65-1-1 (48), who defeated him twice. In the second fight, Dempsey had Tunney down for the “long count,” forgetting you had to go to a neutral corner after scoring a knockdown. It took about 20 seconds for Tunney to get up and go on to win the decision.

Olympic champion Floyd Patterson, 55-8-1 (40), who be the next champion, lost his title but regained it against Sweden’s Ingemar Johansson, 21-0, stopping him twice. He was stopped twice by Sonny Liston, both in the first round. Liston, 50-4 (39), had one of the most powerful jabs in boxing. He would lose to former Olympic champion Muhammad Ali, 56-5 (37), by stoppage. The second one looked like Liston took a dive. Ali would lose three years of his career for rejecting military service. His defense was never quite the same after that. He had the fastest hands and feet of any champion. I’ve met Ali 4x and wrote 12 articles, and he was the funniest of all!

He threatened to “beat the s*** out of me” due to a misunderstanding in 1983 when I promoted a show in Easton wanting his 6-0 brother Mark on the show, thinking I went back to Mark when I didn’t since Larry was the manager. I got even at a press conference reminding him how Nick Wells stopped in 2x in amateurs, etc. Going 48-0 was remarkable. He dumped Ernie Butler, his am coach, when he turned pro.

I met Tyson in 1982 when the Hilton brothers were in Catskill thru Cus D’Amato, who was a genius. Later Kevin Rooney took me into the dressing room in AC, and when Mike saw me, he grabbed me into a bear hug and lifted me in the air, and my first thought was, “I’m glad he likes me!” Mike was a killer who looked bored just before being introduced in the Douglas fight and never the same. I liked Mike, and his win over Holmes was a highlight! Trump and Ali at ringside were special. Ali got into the ring to touch Holmes’ gloves, and what did he whisper in Tyson’s ear pertaining to whipping Holmes?

Klitschko brothers, due to not having any rivalries they, never got their just dues. Vitali was beating Lewis when he was cut. If you beat one brother, the other kicked your butt. Lewis wanted nothing to do with a rematch and retired. He was Gold Medalist in the Olympics and should have met Bowe in the pros. Met Tyson, who was gone but had all the tools to stand up to any champ, win or lose. Losing to Rahman hurt but reversed it. Bowe had an excellent record with little good opponents to talk about except Holyfield.

Holyfield was great at cruiser and heavyweight and had Tyson’s number. He beat Douglas, Foreman, and Holmes. Losing 2 of 3 to Riddick Bowe hurt. Always in shape, he lived up to his nickname “The Real Deal.”

Fury, 31-0-1 (22), is a character and good for boxing. He showed guts coming off the canvas taking care of Wilder, who possibly had the best KO% of all of them. Usyk, 19-0 (13), was a great cruiser who upset Anthony “AJ” Joshua, 24-2 (22), who was great before winning titles but not as good as a champ. His fight with Joseph Parker may have been the dullest of all time! 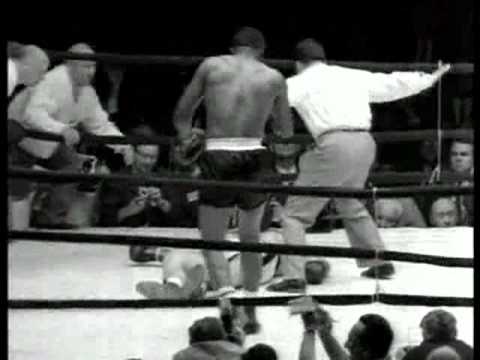 What if Tyson Fury LOSES to Dillian Whyte? »