By Jeff Aronow: Tim Bradley says Errol Spence Jr will have to face Terence Crawford next if he comes out victorious tonight in his fight against Yordenis Ugas in Dallas, Texas.

It’s becoming too difficult for IBF/WBC welterweight champion Spence Jr (27-0, 21 KOs) to make the 147 limit, so it’s now or never for him to face WBO belt holder Crawford.

We saw how drained Spence looked last Friday at the weight-in. He looked skeletal and badly fatigued. This was a situation where Spence had worked hard even before training camp started to get his weight down, yet he still looked drained.

If Spence wins tonight against WBA Ugas (27-4, 12 KOs) at the AT&T Stadium in Arlington, Texas, the next move will be to face Crawford for the undisputed championship.

It appears that Crawford is going to sit and wait for the fight with Spence rather than taking a risk of facing one of the young killers, Jaron ‘Boots’ Ennis and Vergil Ortiz jr.

“I’ve been following Spence in the lead up to the Ugas fight, and I can say that I’m starting to actually like him,” said Tim Bradley to K.O. Artist Sports.

“People say I always say bad things about him or whatever, but, no, I just want to see him fight [Terence Crawford], and I like to press the issue. I see how certain guys move and I question it.

“I think he [Spence] knows if he wins this fight against Ugas, I think he knows he’s going to have to take that leap of faith,” said Bradley about Errol needing to face Crawford if he comes out victorious tonight.

The way Bradley talks, he seems to have already made his mind up that Crawford will beat Spence.

It would be a mistake for Bradley to get things mixed up in his head, believing that Crawford’s wins over guys like Amir Khan, Kell Brook, and Shawn Porter translate into an automatic victory over Spence. That’s not how it goes.

“I think he understands that his health is extremely important. He knows that now, and he wants to be 100%. He wants to feel 100% mentally, so he’s taking this Ugas fight almost like a test,” said Bradley about Errol.

“It could be at 154 or whatever, but I really do think we’ll see it. Terence right now is my #1 pound-for-pound fighter in the game, and I got him at that because no one stops Shawn Porter, no one.

“Shawn Porter has fought top opposition after top opposition. He’s competed, yes. In some of the big fights, he did lose, but he fought against pound-for-pound guys,” said Bradley. 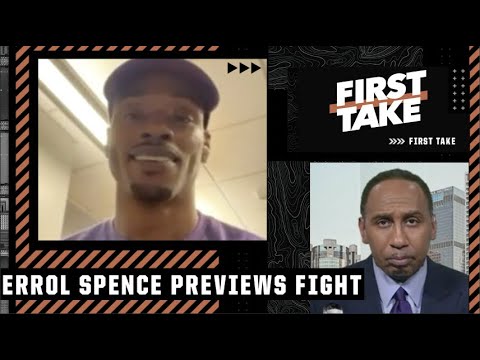