The former four-division world champion Mikey, who has had the pleasure of sharing the ring with IBF/WBC welterweight champion Spence (27-0, 21 KOs) in 2019, says Ugas’ “size & power” are factors that he has on his side.

Mikey feels that WBA champion Ugas (27-4, 12 KOs) can “surprise” people tonight when he gets in there with Spence at the AT&T Stadium in Arlington, Texas.

The vulnerability Spence showed in his last two fights against Danny Garcia & Shawn Porter gave a glimpse to the boxing world that he’s human after all, and he can be beaten by a fighter with moxie, power and a great game plan.

What makes Ugas so dangerous is that he’s someone that is capable of following a game plan to the letter, and not veering from the course the way that undisciplined fighters typically do.

“I think a lot of people are overlooking Ugas. Ugas has a lot going for him with size, he’s difficult, he’s got size, power, strength. So all of that will help him prepare better than people expect,” said Mikey Garcia to K.O Artist Sports about tonight’s welterweight unification fight between Errol Spence Jr. and Yordenis Ugas.

“I still feel that Spence should be the better boxer and possibly be the reason for him winning the fight, but not an easy win,” Mikey continued. “Ugas can still surprise a lot of people. He surprised a lot of people with Manny [Pacquiao].

“I think those are things to consider, but if you look at the boxing skills and if that’s the only factor, Spence has the better skills and should win for that reason.

“Anytime you fight a southpaw, it’s always going to be a little tricky,” Mikey said when asked what does Ugas need to do to prepare for Spence’s southpaw stance.

“Ugas is bigger size than me, so obviously he can fight differently. His size advantage, I didn’t have that, so that’s a different way of fighting, said Garcia about his fight against Spence in March 2019.

“I think Ugas’s strength & power will also be very helpful for him, but Spence’s boxing IQ is superb, though. He knows how to come in when to step out, and what distance to handle, and he’s very good at managing the distance.

“It’s going to be a difficult fight for both for different reasons,” said Mikey about the Spence vs. Ugas bout tonight. 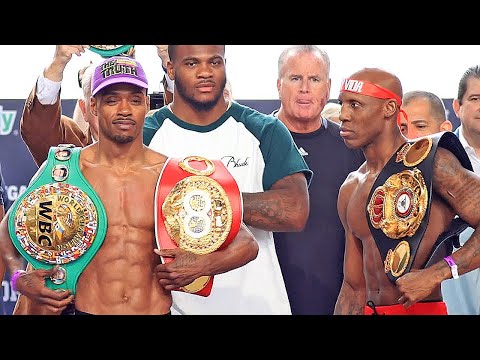