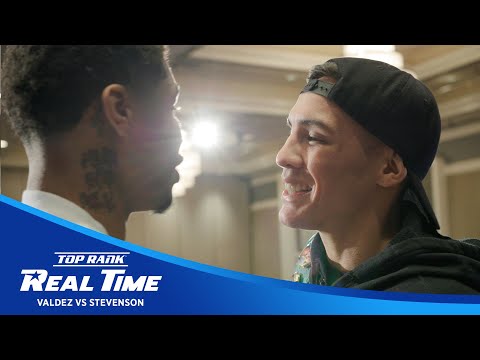 “I’m very excited for this. Ever since I was a kid, I’ve dreamt of these kinds of opportunities, to be fighting for unified championships and to be fighting in Las Vegas. I’m just very excited right now to be in this mega fight, and I can’t wait. I’m anxious to step in the ring on April 30.”

On Shakur Making his Pro Debut on Valdez’s Undercard

“Just like in this fight, I was very focused on the fight that I had in front of me. I had known about Shakur Stevenson. I saw him in the Olympics. He was a great fighter then, and he’s turned into a great champion now. I don’t remember at all that day because I was very focused on my fight in the same way I am focused on this fight. In each and every fight, I take things very seriously. I just focus on one thing: beating my opponent.”

“It was great to train beside Canelo Alvarez. There are always things you can learn from fighters who have great experience. But it doesn’t matter at the end of the day because the ones who are going to be inside the ring are me and Shakur. It doesn’t matter if Canelo trains me or teaches me different things. At the end of the day, it’s about who has the biggest heart in the ring on April 30.”

“I speak the truth every time I talk. I felt like he didn’t want to fight me at 126. Now we’re here at 130. He was trying to fight [Emanuel] Navarrete before fighting me. But we’re here now. We can’t keep talking about that. The fight is Saturday, and I’m ready to fight.”

“I’ve been waiting on this moment my whole life. It’s taken years and years of training, since I was an amateur, to prepare for this moment. I feel like I’m ready.”

“When Bud [Crawford] was in my camp, he came and we sparred each other. I feel like it was different from his camp because he had Canelo with him during every step of the way. Canelo was right there next to him telling him out to hook and jab. They were with each other step of the way. So, when I beat him, I’m going to feel good beating him, Canelo, Eddy Reynoso, the whole team.” 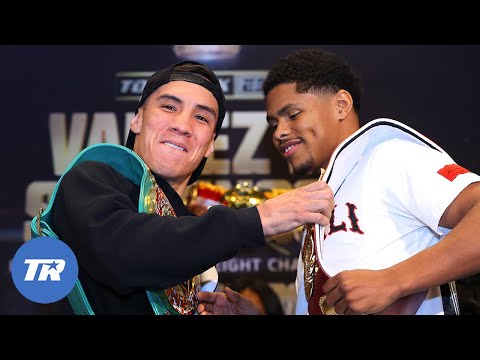 On turning pro on Valdez’s undercard

“I was on his undercard. I was focused on my fight, but then I saw his fight in the main event. I was definitely thinking about me and him fighting later on. I knew we were at the same weight. It was always in my head that we were going to fight.”

“I think he’s going to bang. That’s it. I think he’s trying to trick me into thinking he’s going to box me and be technical. I’m not falling for that. I’m ready for the Oscar Valdez who goes in there throwing hooks and putting pressure.”

“I really feel terrific. This shows how boxing should be produced. You’ll see in the main event two fighters who’ve had all of their professional fights with Top Rank. Now, they’ll be facing off against each other. And on my right, we have two prospects, one of whom has had an extensive amateur background and is considered by many to be the best amateur to come out of the United States in many years in Keyshawn Davis. The other is a young man who had very little amateur experience, but he has undertaken the task of making himself a great fighter in the professional ranks with the idea of making his late grandfather, the first fighter I promoted, Muhammad Ali, proud. Those are really great boxing stories. We’ll see that unfold on Saturday night.”

“Honestly, I would just like to keep these performances going. Ever since people started putting attention on me, I just feel like I’ve been rising to the occasion every single time. Every time I get into the ring, I put on spectacular performances. Expect another spectacular performance on Saturday night, as well as in the main event with my brother Shakur Stevenson. Me and him have been sharing this dream for years now. I’m just excited to be fighting alongside him.”

“Honestly, I’m just going to go out there and do what I do. And I feel like when I do what I do, it’s going to be a specular performance, as well as for Shakur.”

“It’s the first time I’ll be fighting here in the United States. I am very excited because it’s the first time I’ll be fighting at MGM Grand in Las Vegas. For me, it’s been a dream. It’s also a dream for any boxer who is just starting out and says, ‘I want to fight at MGM in Las Vegas.’ So, I’m very excited. And, thank God, the stage hasn’t affected me that much, so we are very happy.”

“We are going to carry out a strategy that I’ve been working out for some time with my coach, Joe Vargas. Saturday, we’ll do our work like Keyshawn will do his work. I hope it’s a great fight for all the people.”

“More than anything, you’ll see a lot of strategy, technique, and brains. In Mexico, there is a lot of heart. We will also bring that as well. We will combine all of that to deliver a great fight.”

“I feel amazing. I think we all know at this point that the main event is probably going to be one of the fights of the year. They are two extremely talented fighters, and being a part of it is a huge honor, and I’m very glad to be fighting here in my hometown.”

“Everyone has tough fights at some point in their career. I’m glad I was able to get that experience early on. I was able to come back stronger, and you saw that in my fight in January. Now I’ve had the time to spar some of the best guys in the world, and I’m back. This time, I’ll be able to showcase more than I did in January.” 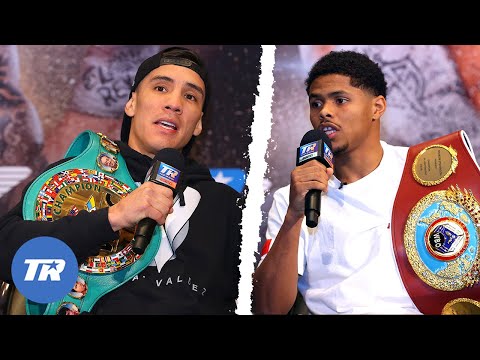