By Charles Brun: IBF/WBA/WBO heavyweight champion Oleksandr Usyk and Anthony Joshua will be battling it out in a rematch three months from now, on July 23. The venue still hasn’t been confirmed, but Saudi Arabia is being mentioned where it’s expected to take place.

ESPN is reporting that Usyk-Joshua II will be taking place on July 23rd, which is a tad bit later than the boxing public had hoped it would take place.

Fans wanted to see the rematch in June, but it won’t be the end of the world if they have to wait a little longer. Joshua (24-2, 22 KOs) has a new trainer, and the extra time working with him might help.

The way Joshua looked in the Usyk in that fight, AJ needs all the time he can get to figure out a different game plan that might prove helpful for the rematch. Joshua’s mind has got to be tormented by the flashbacks of what Usyk did to him.

Most boxing fans believe Joshua needs to bum rush Usyk from the opening bell and look to use his size & power to run over the smaller man.

The problem with using that strategy is that if Usyk is still standing after four or five rounds, Joshua will be out of gas and will be easy prey.

Joshua needs to stay grounded and focus on the present rather than letting his mind drift back repeatedly to the memories of Usyk outboxing him at the Tottenham Hotspurs Stadium in London.

Usyk just came out of Ukraine, so he’s going to need time to begin training because he’s been defending his homeland from the Russian invasion.

It’s better for Joshua that the fight is pushed to July because he has more time to put distance behind him and his loss last September.

Joshua was outclassed in that fight by Usyk, who was too skilled for him and surprisingly outpunched him.

If not for Usyk’s trainer Anatoliy Lomachenko telling him to box, he could have finished Joshua off in the 12th round when he had him hurt from a salvo of shape punches.

“Luckily I did not see much of war,” Oleksandr said to Blockasset. “But what I see and what I know from my relatives and my friends is terrible.

“Some of my friends are missing and we do not know where they are now. Many of my relatives lost their homes and lost their friends and loved ones,” said Usyk.

Many people believe that Joshua, 32, should skip the idea of taking a rematch with Usyk for now and focus on regaining his shattered ego by picking up three or four wins over tomato cans.

The idea is that if Joshua can get in the habit of jumping overmatched cans like he used to do earlier in his career, he could use that as his game plan against Usyk. It might actually work for him.

Joshua should have listened to his fans for him to delay the Usyk rematch rather than betting the farm by foolishly jumping straight back into it.

When is dominated the way that Joshua was against Uysk, it’s difficult to make all the needed improvements when they go straight into the second fight without taking two to four tune-ups. 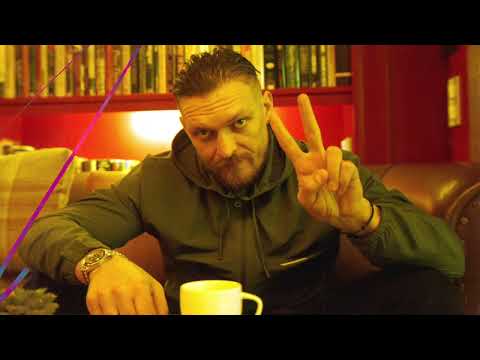