Happy Easter to All Boxing Fans and Boxers in the World!

In boxing, the word “Risen” could mean when Richie Kates knocked down Matthew Saad Muhammad face first only to see him “rise” and come back and stop Kates in February of 1978 in the sixth round at the Philadelphia Spectrum.

Then there is WBC World heavyweight champion Tyson “The Gypsy King” rising from the canvas after being battered by WBC champion Deontay “The Bronze Bomber” Wilder, only to come back and stop Wilder in October of 2021 at the T-Mobile Arena in Las Vegas, Nevada in the eleventh round.

Light Heavyweight and Cruiserweight champion Virgil “Quicksilver” Hill, 51-7 (24), the two-time world IBF and IBF out of North Dakota, gave praise to his Lord and Savior after his bouts.

“Big” George Foreman, 76-5 (68) from Houston, Texas, in March of 1977, after losing to Philadelphia’s Jimmy Young, 20-5-2, over 12 rounds at the Roberto Clemente Coliseo in San Juan, Puerto Rico, lay on his locker room table had a profoundly religious experience that changed his life forever!

Even though George was a top contender to regain the heavyweight title, he retired from boxing at the age of 28 to serve the Lord. George became an ordained minister and has been preaching at The Church of the Lord Jesus Christ since 1980.

“(In the late 1970s) I had been preaching occasionally in the church, and I loved to preach, so I bought 30 minutes of radio time on a Houston station and continued preaching. On my show, I talked a little about boxing and a lot about the good Lord.

I was living in Humble, a suburb of Houston, so when I went into the city to do my radio show, it wasn’t unusual for several friends from my former church to ask me to lead a Bible study or to pray with them. Three or four of us met in various; soon there were six or eight, then ten people attending”.

I attended a Calvary Chapel church in Philadelphia where the pastor Joe Focht had amateur bouts in South Philadelphia in his younger years. Buddy Osborn, who attended there, came out of prison, being a former Pennsylvania Golden Gloves champion, to start his own church called Rock Ministry in one of the worst drug-infested sections of the city in Kensington.

WBO NABO Lightweight champion Ebo “the X-treme Machine” Elder, 22-3 (14), of Newman, Georgia, who appeared on the “Contender” in 2006, became an ordained minister for Calvary Chapel church.

In December of 2004, he came back to stop Courtney Burton, 21-2, in his first defense in the twelfth and final round of a bout that was even after eleven rounds. He went over to Burton, who was put on a stool, kneeled down, and prayed for him.

Heavyweight champion Evander “The Real Deal” Holyfield, 44-10-2 (29), of Atlanta, Georgia, became a Christian. After losing to Michael Moorer in April of 1994, he was diagnosed with a heart ailment and announced his retirement. In June, he said he was healed by faith healer Benny Hinn and planned to return to boxing which he did. In 1997 he would have his two well-known bouts defeating champion Mike Tyson. He regained the title in 2000, defeating WBA champion John Ruiz. 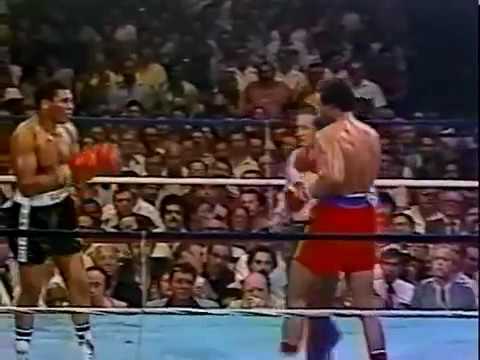