Watch GGG MUrata LIVE on DAZN at 5 am on Saturday!

GGG turned 40-years-old today and will be fighting for the first time in 16 months when he enters the ring against the 36-year-old Murata at the Saitama Super Arena in Saitama, Japan.

Golovkin (41-1-1, 36 KOs) cannot lose this fight if he wants to position himself for a trilogy match against undisputed super middleweight champion Canelo Alvarez in September.

It’s believed that the Kazahstan fighter GGG needs an emphatic victory over Murata to erase the doubts of boxing fans, who feel that he has NO chance of beating the 31-year-old Canelo at this point in his career.

Given the low quality of opponent for Golovkin, he’s probably going to need to obliterate the 36-year-old Murata to create any genuine interest from boxing fans in seeing him as the opponent for Canelo in September.

“This fight has had numerous postponements that were unavoidable. I choose to look forward and cannot wait to return to the ring soon. It is almost here,” said Golovkin to ESPN about his fight with Murata.

“I have no interest in proving anything to ‘doubters’ or anyone,” Golovkin stated in what appears to be a reaction to fans wondering what he has left at 40.

Well, fans have severe doubts about Golovkin’s viability in a fight against Canelo, and you can’t blame them. With the weak opposition GGG has faced over the last four years, his advanced age and inactivity spell trouble for him in the third fight with Canelo.

Hardcore boxing fans want to see Canelo fight the winner of the light heavyweight unification fight between Artur Beterbiev and Joe Smith Jr. rather than Golovkin, who has been inactive & playing it safe against weak opposition since 2019. 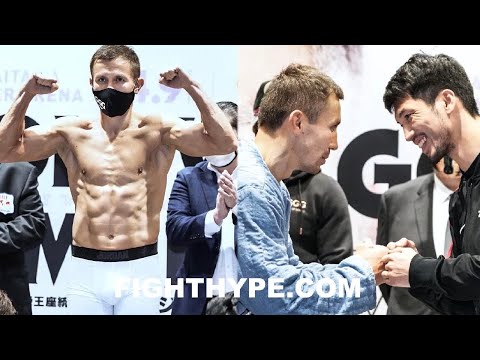 The interest that was once there from the casual boxing fans to see a third fight between Canelo and Golovkin has largely disappeared, thanks to GGG’s inactivity and lackluster opposition.

While Golovkin has won all three of his fights in the last three years to stay on course for the trilogy match with Canelo, he fought often enough and has chosen to face humdrum opposition.

That was a colossal mistake on Golovkin and his management’s part, as Canelo has continued to fight good opposition. Canelo has cherry-picked vulnerable champions at 168 and 175, but at least he’s beaten five world champions since his rematch with Golovkin.

Alvarez’s ability to move between weight classes and use his popularity to get fights against world champions has paved the way for him to collect titles in the last four years.

Canelo has shown far more ambition than the play-it-safe Golovkin, which is why Saturday’s fight with Murata is one that he’s going to need to win impressively by a knockout.

Choosing Murata as Golovkin’s opponent instead of one of the talented killers in the division dramatically increases the chances he’ll win and make the massive-money trilogy fight with Canelo happen on September 17th.

It’s too bad that Golovkin is taking another lackluster opponent because this is his fourth in a row since his loss to the Mexican star Canelo (57-1-2, 39 KOs) in September 2018.

Up until now, Golovkin’s loyal boxing fans have been patient with him, watching him take on obscure fringe level fighters Steve Rolls and Kamil Szeremeta, looking less than spectacular against them.

In Golovkin’s only fight against a good opponent in his 2019 match against Sergiy Derevyanchenko, he got a reality check, barely winning what turned out to be a grueling war.

Not surprisingly, there’s been minimal buzz about this fight from boxing fans worldwide, showing that they’re not excited about Golovkin’s choice of opponent.

It’s unclear if DAZN had any input on GGG’s decision to face Murata, but it doesn’t look good in terms of the new subscribers to the streaming giant from U.S and UK boxing fans. However, the fight will do well to help DAZN in Japan, as the match is expected to create massive interest over there on Saturday night.

If you’re DAZN, the Golovkin-Murata fight will help bring in subs in Japan, but it won’t create much interest in the Canelo vs. Golovkin trilogy contest in September.

You can argue that Golovkin should have chosen Demetrius Andrade, Jermall Charlo, or David Benavidez as his opponent instead of Murata to help drive interest in a Canelo trilogy. Unfortunately, Golovkin would probably lose to all those fighters at this point in his career.

“When I enter the ring against Murata, it will be entertaining and exciting. I expect it to be the fight of the year,” said Gennadiy.