By Charles Brun: Tyson Fury vs. Dillian Whyte undercard was announced officially today for their April 23rd fight and the fans on social media are hopping mad at the lack of appealing contests.

The undercard is a mix of long-range prospects that may never pan out and contenders that likely will never win a world title.

For the upset UK boxing fans that will be paying £24.99 to watch the card on PPV, they expected better.

It’s unclear what the U.S fans will be paying to see it. it might be a tough ask to get American boxing fans to purchase the Fury-Whyte fight on pay-per-view, particularly with Dillian not taking part in the publicizing of the event.

Putting Fury’s half-brother, cruiserweight Tommy Fury on the card won’t make some fans happy because he lacks talent. There are a lot more deserving fighters with ability that should be on the card instead of him.

Isaac Lowe (21-1-1, 6 KOs) is the mandatory challenger to newly crowned IBF featherweight champion Josh Warrington, so he’s someone that we’ll likely see fighting for a world title in 2023 against whoever is in possession of the title by that point.

If Warrington goes ahead with his idea of fighting WBA 126-lb champion Leo Santa Cruz next, you’d have to assume he’ll lose his IBF title against the American unless he subdues him with accidental head-butts.

In more positive news, the attendance record for British boxing will be broken for the Fury – Whyte fight with the maximum capacity of Wembley Stadium being expanded to 94,000 for their April 23rd fight.

“It’s one where I can see both sides, but, of course, I’m a promoter too,” said Kalle Sauerland to iFL TV when asked what his thoughts are on Dillian Whyte not assisting with the promotion of his fight against Tyson Fury on April 23rd.

“I think if you put down that size purse bid, I know it’s not as quite a plain sighting as it always is because there was the discussion around the split and the other side feels hard done by. It’s not a right split, but it’s still a whooping purse bid.

“So, as a promoter, you pay that kind of money, and that’s a huge [amount]. I think they’ve had to put down a good part of it already. So just imagine that.

“That’s a lot of money to find, so I think that some other promoter has to be, I don’t know if that’s the right word, protected but it’s a lot of money involved. I’m sure they hope to see both guys at the presser.

“Hopefully, we’ll see that, but, of course, there are two sides to the story. I would just say from a promoter’s point of view if I put down 40-something million, I would be slightly disappointed if the other gentleman or lady didn’t turn up. It’s a very expensive date,” said Sauerland. 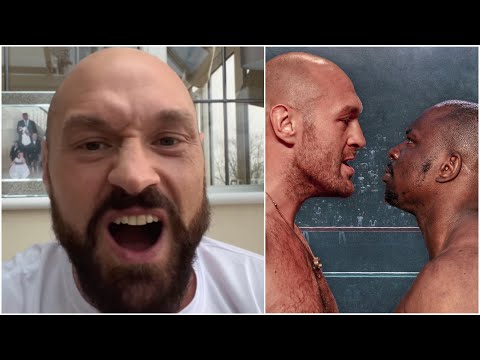 
« Canelo Alvarez & Oscar Valdez training side by side