By Jack Tiernan: Eddie Hearn says he’s made two offers to Adrien ‘The Problem’ Broner to try and set up a fight with his welterweight star Conor Benn. Thus far, Broner (34-4-1, 24 KOs) hasn’t been receptive to the kind of money that he’s offering.

It’s unclear what kind of money the 32-year-old Broner is looking to get for a fight against Benn. Broner hasn’t fought in 14-months since his questionable 12-round unanimous decision over little-known 140-lb fringe contender Jovanie Santiago last year in February.

Showtime president Stephen Espinoza revealed that Broner is in Colorado training for a fight. He didn’t elaborate on who Broner will be facing, but it doesn’t seem like it’s a good bet that it’ll be Conor Benn, not with Hearn saying he’s already made two offers.

If that’s the case, what happened to all Broner’s money that he’s made during his 14-year professional career

“He can keep spending his money on what he’s spending it on. He doesn’t have to worry about me and my wallet. Don’t throw stones if you live in a glasshouse, mate.

“Listen, he’s broke and ugly. I don’t really care,” said Benn when told that Eddie Hearn said he was someone he wanted on his resume. “I’ll be back in June or July.”

If Broner believes he can get a better deal to fight another fighter, he should go for it, but there would be a lot for him to gain by fighting Benn.

Beating the popular British fighter Benn would lead to a rematch, making Broner a lot of money.

Even if Broner weren’t interested in facing Benn a second time, the victory would rejuvenate his career and lead to other exciting fights.

“I’ll be Conor has more money than Adrien Broner in the bank,” said Eddie Hearn to Behind The Gloves. “That’s a given. Anyway, we’d love to make the Broner fight. I’ve made him TWO offers now.

“Yeah, he’s a great character. I love Adrien Broner, and I’d love to bring him to London. We’ll see,” said Hearn when told that a fight between Broner and Benn would be interesting.

Broner might be hearing about Kell Brook wanting ten million pounds to fight Benn, and he could figure that he would be worth millions as well. Brook hasn’t accomplished as much in his career as Broner, but being in the UK, he’s done well. 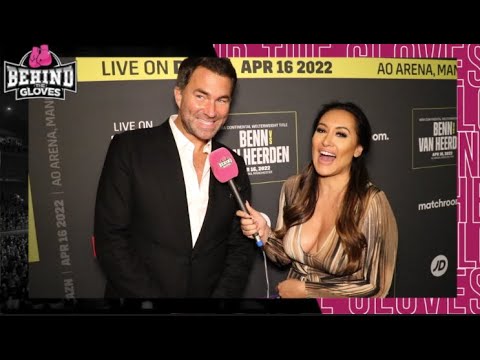