Dillian Whyte expects Tyson Fury to rematch him after losing

By Jack Tiernan: Dillian Whyte says he believes Tyson Fury will want an immediate rematch after he defeats him this Saturday night in London, England.

Fury has talked a lot this week about this fight being his last, but Dillian knows he has no intention of retiring.

Indeed, Fury has even stopped talking about retiring since Wednesday, leaving fans to believe that he was never serious about it in the first place.

If Fury wants the fight, he’ll need to agree to the terms because if not, Whyte will move on and face the winner of the Anthony Joshua vs. Oleksandr Usyk 2 fight.

It might be better for Whyte to put the rematch with Fury on hold while he goes after the bigger prize against the Joshua-Usyk II winner because that’ll be a huge fight.

Whyte says rematch will be 90-10 split

“It should be 45 percent but it is what it is, man,” Whyte said to Sky Sports about his fight with Fury. “You can’t worry about what others are doing, you need to worry about what you’re doing and that’s my mindset.

“What am I going to do? Start crying and then lose control? No, the rematch is going to be a 90-10 split,” said an optimistic-sounding Whyte.

“I can’t get nervous and start breaking down now,” said Whyte to Top Rank Boxing. “I’ve had the grafters, the grinders, the slick boxers, I’ve had the Olympians, the awkward long-range guys, the tough workman-like strong guys.

“I had one guy that didn’t speak no English that was a machine [Mariusz Wach], and I went 12 rounds with him.

“He’s not held them all at one time, but he’s the only one that’s undefeated out of all of us. But he’s also self-destructive on the other hand. A lot of things that have happened are self-inflicted,” said Whyte about Fury.

“You’ve got to respect him for what he’s done,” Dillian continued about Tyson.  “It’s like this. They sold 94,000 tickets. I’m not just a normal opponent. I’m a mandatory challenger. I’m a big boxing star. I’m not a world champion, but I’ve had more pay-per-view fights than Tyson Fury has.

“They want to fly me around in the economy with everyone else. It’s Easter time. That’s putting the fight at risk. I could pick up COVID or a cold or anything that could jeopardize a fight. So, I’m not doing that.

“People were saying I’m scared. I’m not scared, but this is a business. I have to look after my own interest. It’s the hardest camp I’ve had. I’m ready to go. I’ll take every single chance and risk possible for me to get a victory.

“I’ll give it my all, and I believe. If I didn’t believe, I wouldn’t fight so hard for it. God willing I get the victory and then we’ll see,” said Whyte. 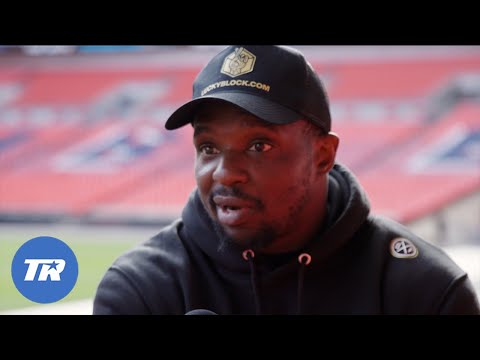 
« Charlo vs. Castano 2 Showtime Quotes For May 14 Fight