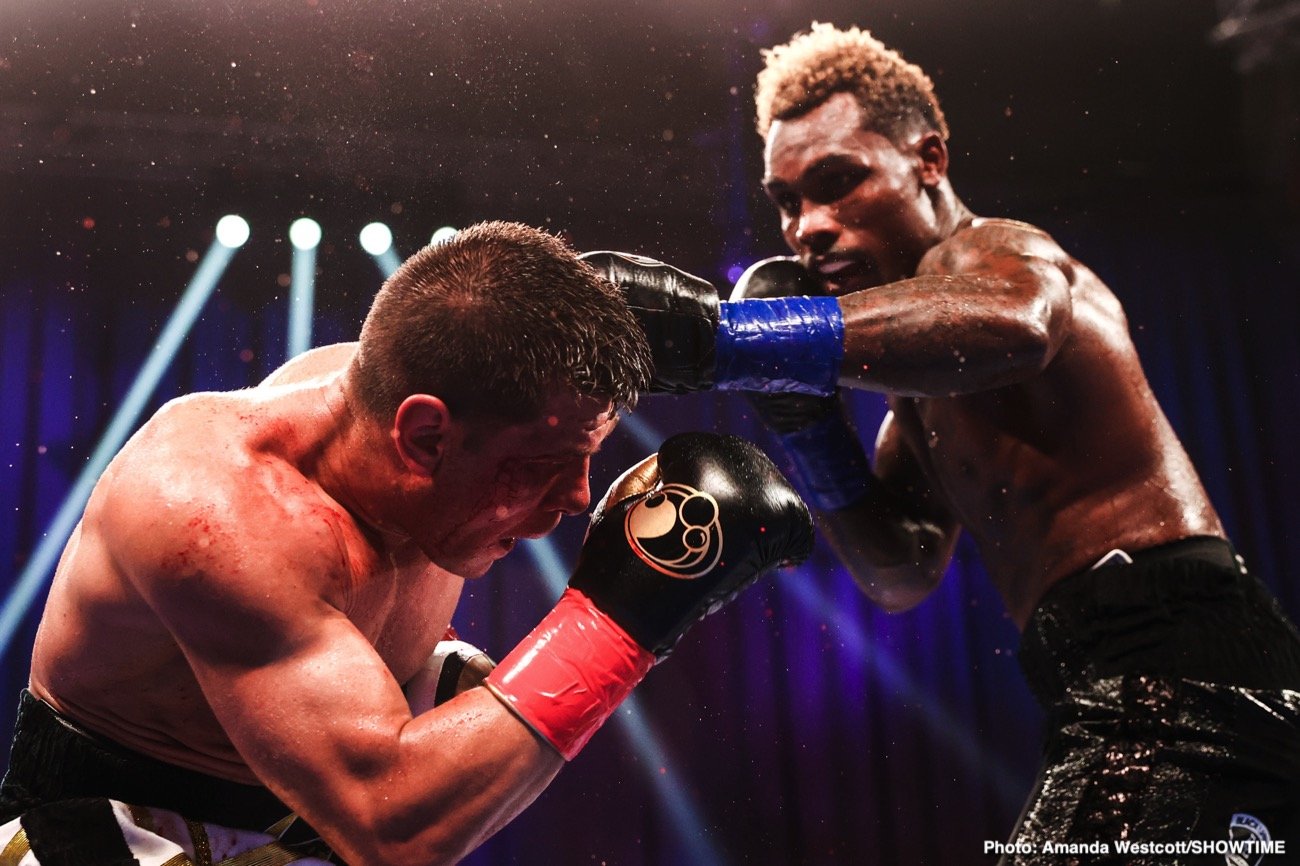 By Dan Ambrose: Jermall Charlo will be making another lackluster defense of his WBC middleweight title against #6 WBC contender Maciej Sulecki on  June 18th on Showtime in Houston, Texas.

According to David Benavidez, Charlo (32-0, 22 KOs) could have fought him on pay-per-view for the interim WBC super-middleweight title, which would have increased their chances of fighting undisputed 168-lb champion Canelo Alvarez next year.

Instead of Jermall taking the fight with Benavidez, he’s facing 32-year-old Sulecki (30-2, 11 KOs), a fighter that lost to WBO middleweight champion Demetrius Andrade by a one-sided 12 round unanimous decision in June 2019.

While you can say that Sulecki is a slight step up from Jermall’s last opponent Juan Macias Montiel, he’s not enough of an improvement to make the fight an interesting one for boxing fans.

Ideally, Showtime needs to put its foot down and let the 31-year-old Jermall and his management know that he needs to begin fighting better opposition if he wants to fight on their network because he’s doing the bare minimum in terms of fighting quality opposition.

When you compare the type of opposition Jermall is fighting to his twice brother Jermell, it’s like night and day. Jermell is testing himself against the best at 154, and it’s paid off with him capturing three world titles in the junior middleweight division.

The IBF/WBA/WBC champion Jermell is now on the verge of becoming the undisputed 154-lb champion if he defeats WBO belt holder Brian Castano in their rematch on May 14th.

Charlo could have fought Benavidez

“It’s no disrespect to [Maciej] Sulecki, but I don’t know what he’s after. If he’s after money or he’s after fame or after titles,” said David Benavidez to K.O. Artist Sports in talking about Jermall Charlo.

“Obviously, he’s defending his title, but I feel in a fight against me, he’d get paid way more. He’d make more money, and it would be another opportunity to fight for a title, the WBC interim title.

“I mean, the WBC would have loved to have seen that fight [Benavidez vs. Jermall Charlo] happen. That would have been a great fight I think it was a missed opportunity,” said Benavidez.

It’s obvious why Charlo wouldn’t want to fight Benavidez because the risk of getting beaten would have been too high.

With his unbeaten record, Jermall is still in the running for a fight against Canelo, and he obviously doesn’t want to mess that up.

“It could have been a pay-per-view fight, and it could have put both of us in line to fight Canelo next because Canelo said we all have got to fight each other.

Benavidez is right. A fight between him and Charlo would have been a great way to set up a fight against Canelo.

The Mexican star has already suggested that Jermall and Benavidez fight, and he would then face the winner. As we can see here, Benavidez is game, but apparently, Charlo isn’t on board.

“Fighters want to fight each other, that’s the bottom line. Everybody knows me, I work with everybody,” said Oscar De La Hoya to Fighthype when asked about the Jermall Charlo vs. Jaime Munguia fight that failed to happen.

“I was not going to make the Munguia [vs. Charlo] fight and exclude DAZN, which are Munguia’s partners. They built Munguia. It just wouldn’t be right.

“Imagine if I told Al Haymon and Showtime ‘that you guys have to be out of the picture to make this fight [Charlo – Munguia] happen.’ It’s just not good business. So that’s what happened.

If you’re Showtime, would you really have wanted Munguia to get a chance to fight Charlo in 2022? Probably not.

Even if the fight were possible, it would have been too risky for Charlo, given that he’s in the running to get a fight against Canelo in 2023.

At this point, it’s likely that Jermall will continue to face nondescript opposition this year in gimme fights on Showtime to make sure he doesn’t lose and wreck his chances for a payday against Canelo.

The losers are the boxing fans this year in watching Charlo fight more weak opposition, but it might be worth it to some if he gets the chance to fight Canelo.

Still,  it’s off-putting to see champions milk their titles against marginal opposition instead of striving to face the very best. If Jermall was like his brother Jermell, we would have already seen him fight these guys:

Charlo vs. Munguia would have been an interesting one, but it didn’t happen because of the broadcasting rights. That’s something that likely won’t change in the future.

By the time it’s no longer an issue, Charlos will have been beaten by Canelo or one of his obscure challengers he keeps choosing to defend his WBC 160-lb title against.


« The return of Hughie Fury: Hughie needs 3 fights in 2022 to win an alphabet title

Canelo vs. Golovkin 3: Why is Gennadiy still fighting at 40? Derrick James explains »