By Chris Williams: Canelo Alvarez is picking Oscar Valdez to come out victorious in his 130-lb unification fight at the end of the month against Shakur Stevenson on April 30th.

Canelo says Valdez (30-0, 23 KOs) will beat WBO super featherweight champion Stevenson (17-0, 9 KOs) with the “experience” that he has on his side in their fight on ESPN at the MGM Grand Garden Arena in Las Vegas, Nevada.

The experience advantage for Oscar would mean something if Stevenson wasn’t such an exceptional athlete, and if the Mexican fighter wasn’t coming off a controversial 12 round decision victory over Robson Conceicao last September.

In this case, Valdez’s experience might not be enough for him to defeat Stevenson because of his last performance coupled with the fact that he’s facing a defensive artist in his prime.

“It’s going to be a complicated fight, but I believe Oscar Valdez will come out with the victory since he has more experience,” said Canelo Alvarez to AKHi TV in predicting a victory for Oscar Valdez over Shakur Stevenson on April 30th.

Valdez is an excellent fighter, but he’s looked beatable in his fights with Conceicao, Adam Lopez, Scott Quigg, Genesis Servania, and Miguel Marriaga.

Valdez was dropped in some of those fights and badly hurt by Marriaga and Quigg. Who can forget the broken jaw Valdez fought with in his fight with Quigg in 2018, a contest that arguably should have been halted by the ringside referee due to the blood that was seeping out of Oscar’s mouth.

He literally couldn’t close his mouth after the injury occurred early in the contest.

“Camp is going great, camp is always going great. I put the work in and I perform at a high level, and I will do the same on April 30th,” said Shakur Stevenson to Fight Hub TV about his unification fight against Oscar Valdez.

“You want to step it up, but you stick with what’s been working your whole career. I feel like I’ve been doing what I’ve been doing is working. I’m undefeated and I put great performances when I fight.

“I’m going to do the same thing that I usually do and up it a little bit more. I feel like every fighter gets me up. Anytime you fight and you got to put your life on the line.

“I go in there with the same mindset, you take everybody seriously. You can’t sleep on nobody, This is just another fight for me. It’s a big fight, but I look at it like it’s the same thing as all my other fights.

“I had to go in there perform. I don’t look at the crowd. I just think of it as sparring. I’m in the gym and boxing and doing. I’m focused and dialed in on the fight.

“I will not make any mistakes paying attention to anything else besides Oscar Valdez. I haven’t really talked to him too much about this fight,” said Stevenson when asked what he told Terence Crawford about the Valdez fight.

“I think the most challenging thing is he don’t take no for an answer,” said Stevenson about Oscar Valdez. “He don’t got no quit in him. He’s going to keep trying throughout the night, and I think that’s the biggest challenge in the fight.

“Skill-wise, i feel like I’m way better than him, sharper than him, bigger than him and I’m probably stronger than him. People don’t realize that but they’ll see come April 30th,” said Stevenson.

Shakur not sold on Valdez’s power

Valdez does punch with excellent power, but Stevenson has been in with a bigger puncher than him before in Jeremiah Nakathila and he did well, nullifying his offense to win a lopsided 12 round unanimous decision.

“I just feel like I’m bigger, I’m stronger, I’m faster, I’m better and on April 30th everybody is going to see,” said Shakur about his belief that he’s better than Valdez on many levels.

“I would think that he’ll go up to 140 after that, and then I’ll be going to 135, so we’ll see what happens in the future. But if it happens, I’m definitely down.

“It sounds like me and Lomachenko are going to have to square up sooner or later with the way it looks. Both of us our signed with Top Rank, and it’s a big fight.

“We’re close to the same weight. We have to meet down the line, so it’s going to happen for sure. You got to respect it,” said Shakur when asked about his thoughts on Lomachenko staying in Ukraine to fight against the Russian invasion.

“Lomachenko is a great human being outside of boxing. What he’s doing is definitely great, and I respect it.

“Tune in on April 30th, a superstar is going to be born. I’m definitely going to put on an amazing performance and I’m feeling great,” said Stevenson about his fight against Valdez.

Beating Valdez will be the first step to superstardom for Shakur. He won’t begin to reach the upper levels of stardom until he moves out of the empty 130-lb division, which is barren of popular fighters and moves up to the 135-lb weight class.

Once Shakur is at lightweight, he can take on fighters like Vasyl Lomachenko, Devin Haney, George Kambosos Jr, Ryan Garcia, and Gervonta ‘Tank’ Davis. That’s when Stevenson will become a true star in the sport. 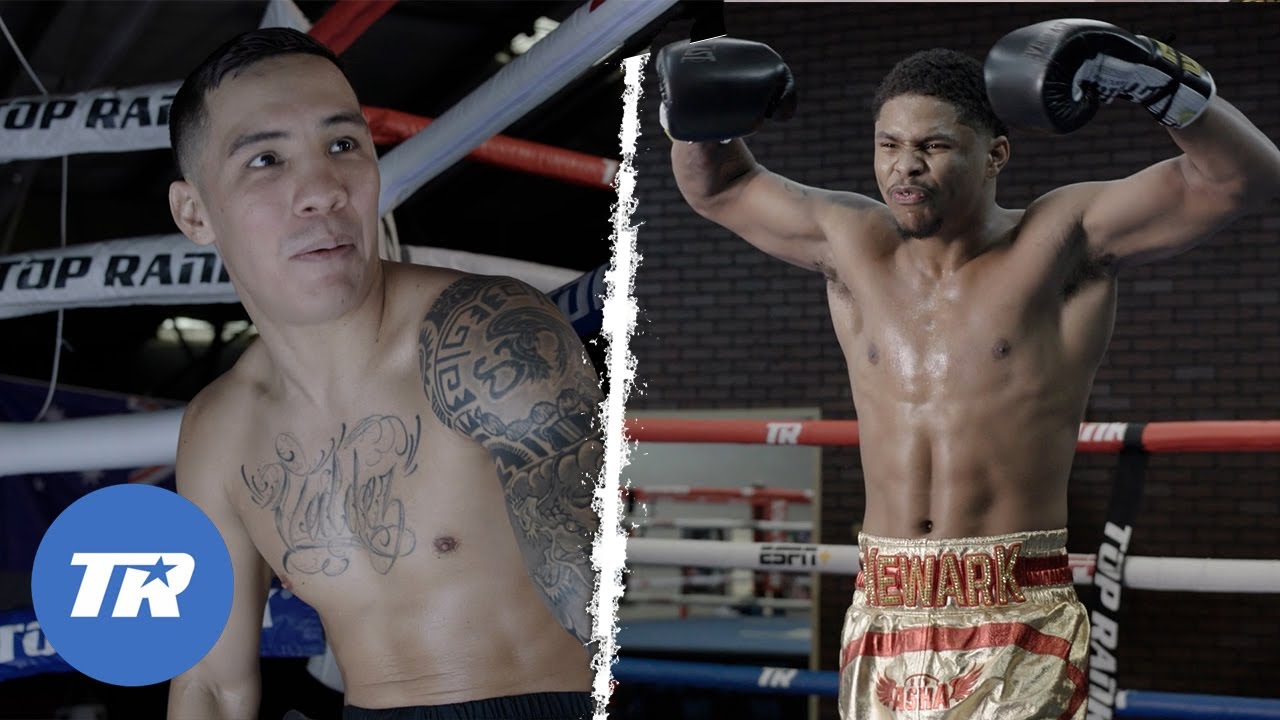