By Ken Hissner: At Manchester Arena, Manchester, Lancashire, UK, Saturday over DAZN Eddie Hearn (Matchroom Boxing) presented in the Main Event WBA Continental Welterweight champion and WBA No. 5 ranked Conor “The Destroyer” Benn of the UK stopped Chris “The Heat” van Heerden of South Africa at 0:59 of the second round.

In the co-feature, EBU Cruiserweight champion Chris “The Gentleman” Billam-Smith of the UK defending against Tommy McCarthy of Northern Ireland.

In the first round, Benn went right after Heerden having his way with solid left hooks hurting Heerden with just a minute left. In the final minute, Heerden fought back well, holding his own. In the second round, a right from Benn on the chin had van Heerden hurt. He followed up with a left and three rights, and down went van Heerden causing Referee Steve Gray to immediately call it off, knowing he would not be getting up. 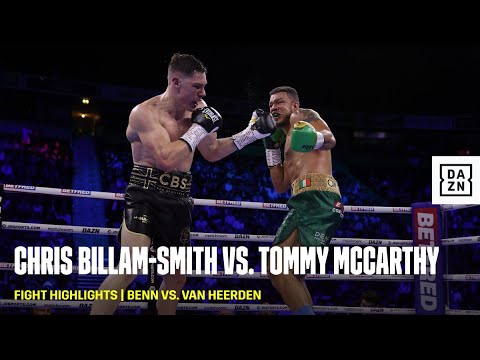 Matthysse didn’t make weight, so that she couldn’t win the title. Baumgardner completely dominated her.

All scores 100-90. Baumgardner is promoted by Marshall Kauffman of Kings Promotions.

In the second round, a right uppercut from Thompson on the chin of Gudino and down he went ending the fight. 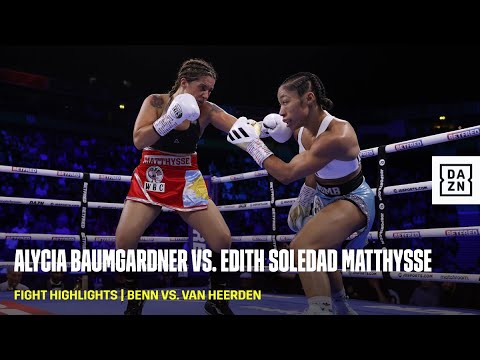