By Huck Allen: Mayweather Promotions CEO Leonard Ellerbe shut down questions from the media on Thursday when asked about Gervonta ‘Tank’ Davis possibly leaving his company after his fight against Rolando ‘Rolly’ Romero on May 28th.

When asked if this will be the last fight for the unbeaten WBA ‘regular’ lightweight champion Tank Davis (26-0, 24 KOs) with Mayweather Promotions, Ellerbe said that he’s not there to discuss contracts for fighters.

Ellerbe said Tank can fight anywhere and bring in a huge crowd for his next match. The way he was talking, you could tell that they’re going to work hard at Mayweather Promotions to keep the 27-year-old Tank within the fold to get him to re-sign for another hitch.

If that happens, it’s fair to say we WON’T see Tank fight any of these fighters: George Kambosos Jr, Devin Haney, Ryan Garcia and Vasyl Lomachenko.

That’s just a short list of fighters Tank likely won’t face if he re-ups with Mayweather Promotions for another three to four-year hitch.

“Tank has a huge fight on May 28th, that’s where our focus is,” said Mayweather Promotions CEO Leonard Ellerbe to Fighthype when asked if Gervonta ‘Tank’ Davis is leaving their promotional company after the Rolando ‘Rolly’ Romero fight.

“I’m sure he’s excited about coming out and fighting in front of thousands and thousands of people at the Barclays Center and that’s where his focus is,” said Ellerbe about Tank.

“That’s for you guys to talk about. We’re not focused about all of that. I don’t want to discuss that. Why would I want to talk about contract issues? Fighter’s contracts, this is not a forum for that,” Ellerbe said when asked if Tank Davis’ contract with Mayweather Promotions will be expired after his fight with Rolly.

The departure of Tank Davis from Mayweather Promotions would leave Rolly as the franchise star for their company, which is a scary thought for some boxing fans.  With Floyd Mayweather’s huge fortune, he has the money to sign the top guys, but for some reason, he hasn’t done so.

“I can’t do that yet, but it’s going to be a terrific card,” said Ellerbe in failing to shed light on who is fighting on the Tank vs. Rolly undercard on May 28th.

“I can’t say how long the [Davis vs. Rolly] fight is going to go, but I’m very confident that it’s going to end in a knockout. It just goes to show you the star power and what the fans love to see,” Ellerbe said about the Barclays Center selling out for the Gervonta – Rolly fight.

“He’s shown he has the ability, and he’s by far one of the biggest attractions in the sport, no matter if we went to the UK,” Leonard said in discussing Tank’s popularity. “It’s not only in the United States

“The progression that he’s had over the years goes to show you is another testament to his star power,” Ellerbe said of Gervonta. “We’re tapped into all these cities about what the fans want to see.

“There’s a whole younger generation out there that’s really excited about boxing, looking to see great fights, and that’s what we’re going to give them.

“No, we look to put on the biggest events wherever, and that’s what we’ve done,” said Ellerbe when asked what’s the next venue for Tank Davis to fight at this year. 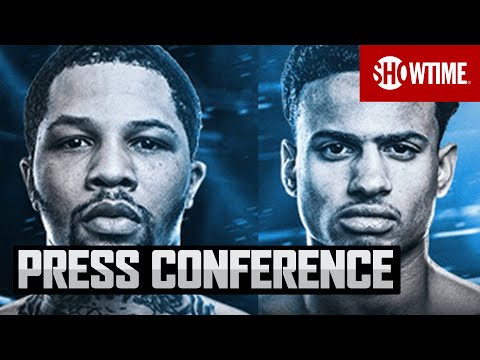 An Open Letter To Canelo »