Both fighters came inside the 8st limit when they tipped the scales on the stage at the Irish Village in Dubai.

Edwards and Waseem’s hotly-anticipated clash headlines the second night of Probellum Evolution, with the WBC super-lightweight title final eliminator between Regis Prograis and Tyrone McKenna acting as the co-main event.

Liverpool’s Peter McGrail, a supremely gifted amateur who is unbeaten as a professional, also fights on the impressive card, which includes TJ Doheny, Hovhannes Bachkov and many others.

Boxing starts at 5:35pm local time with the action from a major night of boxing being broadcast by Eurosport’s linear channels discovery+ and Eurosport App, to 62 million homes across Europe and the Indian sub-continent.

fuboTV will stream both Probellum Evolution shows to its audience in North America, with ESPN KO showing the cards in South America, after a deal was announced last week. 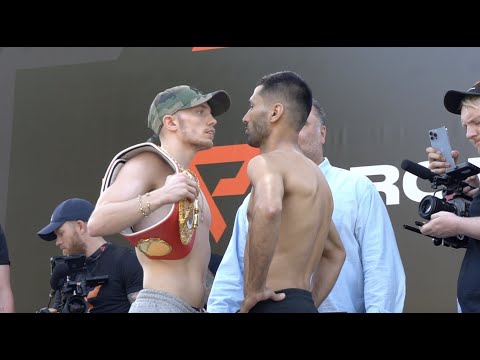 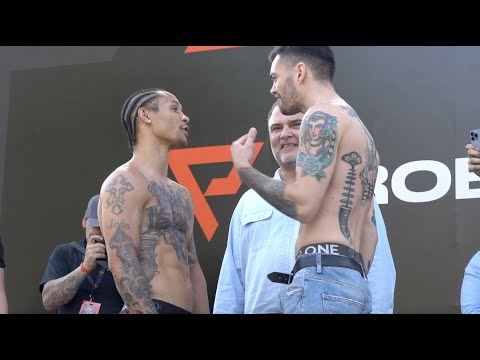 World champion Sunny Edwards says attempts from Muhammad Waseem to ‘play on his ego’ and lure him into a war won’t work.

The flyweights collide in a hotly anticipated fight for the IBF world title at Probellum Evolution on Saturday night in Dubai and both men are hugely confident of victory.

Edwards and Waseem came face-to-face in the Irish Village on Thursday night in front of a boisterous St Patrick’s Day crowd and though the title holder admits to being “a bit arrogant” he is adamant he won’t fall for the Pakistani’s mind games.

“I know their team are banking on trying to draw me out of how I normally box and play to my pride and my ego but that is making it a whole heap worse, because I can go the full 12 rounds and allow for zero shots to land if I want.”

Waseem responded: “Watch the fight and there will be a big upset on Saturday night.  All the talk will be finished.  Viva Pakistan!”

There has been no love lost in the build-up and the animosity scaled new heights when they sat across the stage from each other on Thursday and engaged in some no-filter pre-fight exchanges.

Prograis said: “The fight happened because he was talking trash on online, he was on Twitter and he was talking a load of trash, I was like: ‘Who the hell is this?!’  I found out and that’s why we are here.  He wanted the fight, so we are here.

“If he takes this punishment for 10 rounds, then he’s a tough guy, but at the same time I don’t see him taking it for 10 rounds.”

McKenna said: “I see it as I wanted to batter Prograis, I called him out and I got what I wanted.  Everytime I want a fight, I make it happen, I am a self-promoting king.

“This fight on Saturday will be defined by two things: war and brutality.”

The gifted McGrail said: “My style is about looking to not get hit and to punish my opponent.  You’ll see loads of skills on show, loads of angles, fast feet, brilliant head movement and just a stylish display on Saturday.”