By Sean Jones: Matthew Macklin believes Gennadiy Golovkin has enough left in the tank at 40 to defeat Ryota Murata on April 9th in their middleweight unification fight on DAZN at the Saitama Super Arena in Saitama, Japan.

The punching power and technical boxing ability of Golovkin are still very much present, making it a formidable obstacle for the 36-year-old Murata to overcome next month.

To be sure, Murata will have the crowd behind him on April 9th in Saitama, Japan; it likely won’t be enough for him to beat Golovkin. Macklin knows firsthand how hard Golovkin punches, getting stopped by him in the third round on June 29, 2013.

The 2012 Olympic gold medalist Murata has never shown the type of talent that Golovkin possesses during his nine-year professional career.

Given the lack of elite-level opposition that Golovkin has faced in the last four years, it isn’t easy to discern if he’s deteriorated or hasn’t been motivated.

“It just depends on what Golovkin has got left, doesn’t it?” said Matthew Macklin to Boxing Social when asked who wins the April 9th middleweight unification fight between Gennadiy Golovkin and Ryota Murata.

“I think he’s been slipping for quite a while, I think, a long time, but it hasn’t been dramatic. It’s just been a gradual decline,” Macklin said of Golovkin.

Again, Golovkin’s opposition has been lacking in his last three fights. It’s challenging to know what kind of motivation he’s had.

For the most part, it looked like Golovkin never got out of first gear in his fights against Kamil Szeremeta and Steve Rolls. Those were main event fights on DAZN, despite being dreadfully bad opponents.

Golovkin took his time with both, showing no hurry to end the contests because they were main event fights. Fighting middle-of-the-road opposition like Rolls and Szeremeta, it had to have been difficult for Golovkin to fight at 100% capacity.

Boxing fans would have dumped on him for fighting subpar opposition if he had destroyed these guys in the first couple of rounds.

As it is, Golovkin took criticism from people for choosing the little-known Rolls and Szeremeta to fight instead of facing Demetrius Andrade or Jermall Charlo. Both of those fighters were interested in fighting Golovkin at the time. 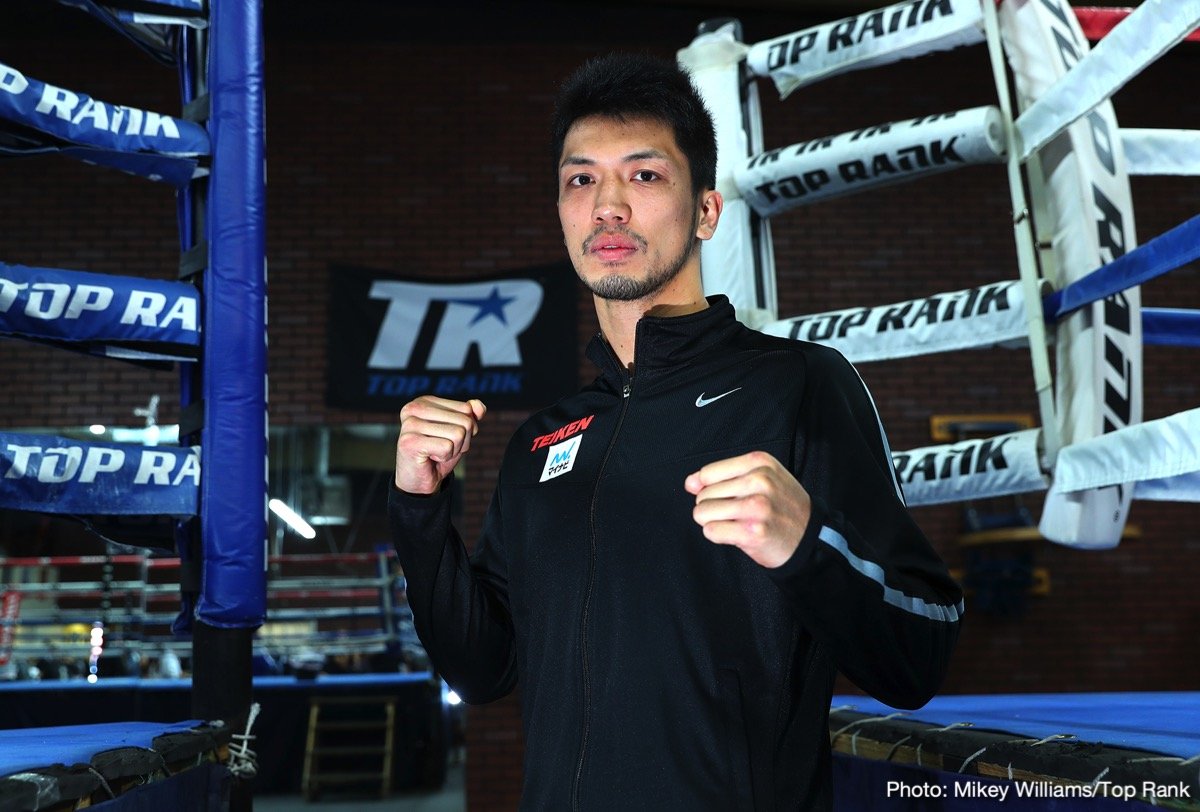 “But I think he’s 40 in a couple of months [on April 8th], or maybe he is now, the same age as me,” Mackin said of Gennadiy. “Could that determination become more dramatic, and I imagine it could, and if it does, youth could win it for Murata.”

Macklin might not be aware of the age of the 36-year-old Murata, but he’s not young. If Macklin is going to discuss the possibility of Murata winning this fight against GGG, it’s not because of his youth.

36 is relatively ancient for most fighters, and Murata hasn’t fought in two and a half years since his fifth-round TKO victory over Steven Butler on December 23, 2019.

Three years is a long time for anyone to be out of the ring, especially a fighter as old as Murata. A lot is going against Murata winning this fight against Golovkin.

The only thing Murata has going for him is the home country advantage, and that’s probably not going to be enough.

“I don’t know, but I still think he [Golovkin] has enough left to beat a guy like Murata, who is a solid fighter, by the way, but in his prime, Golovkin was special, wasn’t he?” said Macklin in picking GGG to defeat Ryota Murata on April 9th.

Macklin sees Canelo as too good for Golovkin

“Yeah, I think so,” said Macklin when told that it’s a major ask on Golovkin’s part to beat Canelo Alvarez in their trilogy match on September 17th. Golovkin, for me, Canelo, they didn’t want to fight him for a long time.

“The second [Canelo vs. Golovkin] fight was fair, close, could have gone either way. That was a while ago. You could see that Canelo had improved, and Golovkin had dipped from the two fights, and he has since as well,” said Macklin about the changes in the two fighters over the last four years since the second Canelo-Golovkin fight in 2018.

“I think it’s hard. I don’t think anyone could really pick anyone against Canelo with the form he’s in recently and Golovkin not being the fighter he once was; I think pretty much, he’d be stuck.

“I think you’d be struggling to find someone to pick Golovkin in the third fight [with Canelo],” said Macklin.

Ryan Garcia to begin his “dynasty” on April 9th »