Jeremiah Nakathila wants Devin Haney: “I can see the weakness”

By Jim Calfa: Knockout artist Jeremiah Nakathila says he wants a title shot against WBC lightweight champion Devin Haney because he sees “weakness” in him and feels he’s “very beatable.”

Haney (27-0, 15 KOs) won’t be available for a while because he’s scheduled to face George Kambosos Jr (20-0, 10 KOs) for the undisputed lightweight championship on June 5th.

The fact that Haney has been badly hurt in his last two fights against Jorge Linares and Joseph ‘Jojo’ Diaz Jr. suggests that he wouldn’t last long against a fighter like Nakathila with his power.

Haney can no longer take a punch, and there’s no chance his handlers are going to let him walk the plank and dive into the shark-infested waters at 135 to mix it up with a dangerous predator like Nakathila.

This guy might be the biggest puncher at lightweight after one fight in the division. With Haney’s weak chin, he would be an hors d’oeuvre for Nakathila.

Haney doesn’t have the chin to stay on top for long, and if Kambosos doesn’t do a job on him, one of the other lightweights will. Top Rank, the new promoters for Haney, are likely going to keep him as far away as possible from Nakathila.

It’s probably not realistic that Haney, 23, will accept the challenge from the 32-year-old Nakathila should he beat Kambosos.

The Australian has a rematch clause in their contract, so they’ll likely fight twice if Haney wins. If Haney is victorious in both fights, Vasyl Lomachenko is the one that his promoters at Top Rank will try snd match him against if he’s back from Ukraine by then.

In that fight, Nakathila dominated every round, dropping Berchelt in the third and hurting him badly in the closing seconds of the sixth. The fight was stopped by the referee between the sixth and the seventh.

Berchelt (38-3, 34 KOs) never looked good in the fight, and it appeared that he lacked the confidence to stand and battle it out against the hard-hitting Nakathila in the way he needed to for him to have a chance of winning.

“It was a good fight. Everybody knows he’s a former world champion and had his belt for almost four years,” said Nakathila to Fight Hub TV on his win over Berchelt.

“I knew when I dropped him with the jab, I could already see that he was fearing the power,” said Nakathila about the jab that he dropped Berchelt with in round three.

“He could feel the power behind my punch, but he was just there to survive. I knew at some point that I was going to either hurt him or he was going to give up the way he did.

“I said with this fight; I’m not going to let it to to the tenth round. Even when I observed from the fifth round and the sixth round, I didn’t see any round that he [Berchelt] won.

“I know he’s a coming fighter. When he was in front of me, he was just going back. So, I tried to go back to see how he’s going to fight. If I’m going back, that’s to his advantage. That’s why he was coming, coming, coming, and then I stopped immediately, then I do my game plan.

“All during the fight, I saw his legs and saw that they were like that. I don’t know if he’s naturally like that or what. But in all his fights in his previous videos, his legs are like that.

“I know there are great champions in the lightweight division,” said Nakathila. “I’m not fearing any of them. If I’m given the opportunity to step in the ring with any of them that have belts, I’m ready.

“I’m not fearing any of the lightweights. They’re big names and I’m a big name. That’s all I know. Yeah, I would love to fight the likes of Devin Haney. Devin Haney, I want him.

“I used to look at Devin Haney’s videos. I can see the weakness, and I want him. Yeah, I know. I can see his weakness. Yeah, he’s very beatable. Hopefully,” said Nakathila when, as if George Kambosos Jr. would beat Haney. I’m grateful and proud of the opportunity I’m given to show my talent,” said Nakathila. 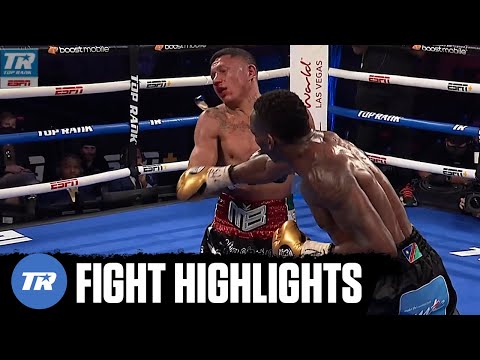