It’s not likely that Vergil and Boots Ennis (28-0, 26 KOs) will cross paths anytime soon before one of them has had a chance to fight for a world title.

Ideally, Boots, 23, and Vergil won’t fight until one or both become world champions shortly, as that would take away a lot of the interest.

The Ortiz vs. Ennis fight should marinate for a year or two before they eventually battle with a world title on the line.

Ortiz (18-0, 18 KOs) wants to challenge WBO welterweight champion Terence Crawford for his title this year after he faces Michael McKinson next month in a WBO 147-lb title eliminator on DAZN at the University of Southern California’s Galen Center in Los Angeles.

Crawford won’t have any choice but to defend his title against Ortiz, 23, once he captures the WBO mandatory spot in his title eliminator against the #4 ranked McKinson (21-0, 2 KOs) on March 19th.

“If the opportunity is there and he’s in my way, I’m going to take him out,” Vergil Jr said to DAZN Boxing Show about Jaron Ennis. “That’s my job as a boxer.

“So that being said, if our crossroads meet, then the fight is going to happen,” Ortiz Jr. continued about him potentially meeting up with Boots Ennis. “I know this fight is going to be a complicated fight for me.”

“This is a fight that’s going to show a new Vergil; I haven’t really been in with someone who moves a lot besides Brad Solomon.

“This guy, he’s younger, he’s undefeated, he’s hungry, so it’s going to be a different me you see in there.”

“I’m definitely ready for all my fights, and this fight, he’s going to come to win too, so it’s going to be a competitive fight,” Vergil Jr. said to Fino Boxing.

“It’s the Errol fight if I had to pick because it’s history there,” said Ortiz Jr when asked what fight does he want out of all the top welterweights. “It’s not bad blood type history.

“We’re from the same gym, and we’re both from the Dallas area. A fight at the Cowboys Stadium is probably the biggest fight that I could make.

“At this point, we’re taking the fights that are going to make me a better fighter. I feel like the politics, being mandatories, and being #1, I feel like I’m there already. We’re just sharpening our skills, so when that time comes [to challenge for a world title], we’re ready for us.

“I’m training with Manny Roblems now, but my dad is my main coach. We also brought my coach from Texas, Hector Beltran. Manny is adding to the training program, and it’s going really well.

“There was truth to that,” Vergil Jr said about him briefly working with coach Eddy Reynoso.

“We were at his gym for a few weeks, and the timing was really bad. It was the holidays, and I think he had something going on, so he wasn’t able to be there in person.

“We figured that it was a really bad time to start,” said Vergil Jr. 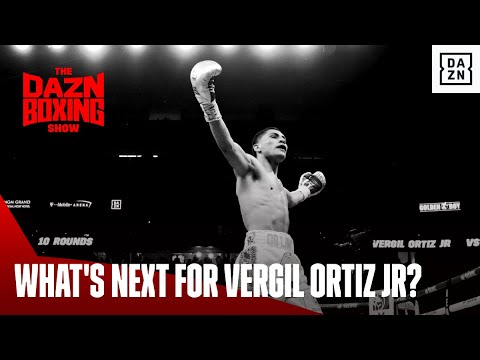 
« Khan has 3 weeks to decide on Brook rematch clause