Tyson Fury tells Dillian Whyte: ‘FINAL day to sign contract, get it signed or move on’

By Charles Brun: Tyson Fury sent a message to his lagging WBC mandatory Dillian Whyte on Monday, letting him know today is his final day to sign the contract for their April 23rd fight. Fury told Whyte (28-2, 19 KOs) to get the contract signed or “move on.”

Should the 34-year-old Whyte choose not to sign, he’ll have missed his opportunity to challenge Fury for his title. However, that doesn’t mean his chances for big paydays will be over.

Indeed, it’ll be difficult for Whyte to get the same $7.3 million paydays that he’ll be losing out on by not facing Fury, but if he can make close to that in fights, that he has a better shot of winning, it’ll be better for his career.

“Today is the final day to sign the contract, you big dosser,” Tyson Fury said on his Twitter in addressing Dillian Whyte. “So get it signed, s*** house or move on.

Hearn’s offer for Whyte to fight Joshua (24-2, 22 KOs) or a trilogy match against popular domestic heavyweight Chisora (32-12, 23 KOs) on DAZN would keep Dillian from having his brand damaged in a loss to Fury on BT Sport.

According to The Sun, Hearn prefers that Whyte’s popularity did not take a hit with a loss to Fury on the Frank Warren, and Bob Arum promoted the event on April 23rd. Hearn lost the purse bid to stage the Fury vs. Whyte fight, which means Warren and Arum will be in charge.

As a result, Hearn won’t get the opportunity to show Whyte’s fight with Fury on the DAZN app. So rather than letting Whyte fight Fury on BT Sport and then having his brand damaged by a likely humiliating loss, Hearn reportedly is offering Whyte two appealing backup options to face Joshua or ‘War’ Chisora next.

Hearn would be taking care of two problems at once by making a fight between Joshua and Whyte. He would be saving his two famous Matchroom Boxing fighters from near-certain losses, which would negatively impact their popularity.

In the case of Joshua, he might retire if he faces Oleksandr Usyk in a rematch and gets beaten by him again. Additionally, a second loss for Joshua against Usyk would destroy the massive money fight he would get fighting Fury.

As such, Hearn would be temporarily saving Joshua’s career by setting up a  rematch with Whyte. The fight would give Joshua an excuse not to have to fight Usyk (19-0, 13 KOs) again.

Joshua losing to Usyk in the rematch would hurt DAZN, as he’s someone that can bring in a massive number of new subscribers.

AJ has a lot of pride, obviously, but he also views himself as a “businessman,’ and he likely understands what he’d be losing if he gets beaten again by Usyk.

Joshua vs. Whyte would play out big in the UK, but probably not so much in the U.S. What’s essential for Hearn is that the brand of those two fighters isn’t damaged by them getting beaten in their next fights.

Whyte hasn’t been happy since the WBC ruled that his split for the Fury fight is 80/20 rather than the 55/45 split he wanted.

That’s a massive difference in money from what Whyte could have gotten under the more significant split.

Fury’s promoter Bob Arum says Whyte has been trying to get more money out of them by potentially not helping out with the fight’s promotion unless he’s paid more. However, Arum likely didn’t consider the possibility that Whyte would choose not to sign for the contest. 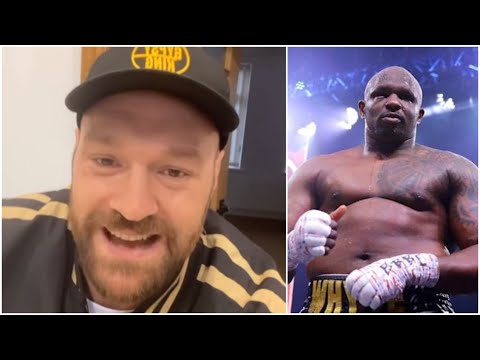 Chris Eubank Jr: ‘Kell Brook walks around heavier than me’ »