By Chris Williams: Keith ‘One Time’ Thurman hinted after his fight with Mario Barrios last Saturday night that he likely WON’T be going in the direction of Terence Crawford next for his WBO welterweight title.

Thurman (30-1, 22 KOs) repeatedly mentioned wanting to go the WBC route for his title challenge, which means he’ll be fighting the winner of the April unification fight between WBC champion Errol Spence Jr. and Yordenis Ugas.

Where this leaves the 34-year-old unbeaten Crawford (38-0, 29 KOs) is unknown for his next fight. It’s clear what Crawford was counting on getting a fight against Thurman, but now that ‘One Time’ is hinting that he plans on using his WBC mandatory position to challenge the Spence vs. Ugas winner, that leaves Terence out in the cold.

As far as Crawford goes, he can always fight one of the lions vying for his WBO belt. Jaron ‘Boots’ Ennis and Vergil Ortiz Jr. are highly interested in fighting him and knocking on his door.

If Crawford doesn’t like the idea of fighting Boots or Vergil, he can always swerve the two lions and go in the direction of an old-timer like Danny Garcia. That fight probably won’t sell,  though, because Garcia hasn’t fought since his loss to Errol Spence Jr. in 2020, and gatekeeper Shawn Porter also beat him in 2018.

Thurman, 33, says he wants to win back his WBC title that he vacated back in 2018 after he’d failed to defend the belt almost a year after winning it in 2017 against Danny Garcia.

Last Saturday night, the former WBA/WBC 147-lb champion Thurman looked as good as ever in returning to the ring after a long layoff to defeat Barrios (26-2, 17 KOs) by a 12 round unanimous decision at the Michelob Arena in Las Vegas.

“The fact that he [Terence Crawford] is a free agent is a little bit better. Working with [Top Rank promoter] Bob [Arum] isn’t fun for a lot of fighters,” said Thurman to Fighthype after his win over Barrios last Saturday night when asked if he plans on fighting Crawford next.

“I’m not sure [if he’ll go the Crawford route for the WBO title]. You see what I’m wearing right now [WBC ribbon]. I’m looking forward to being back in the ring against a champion. I want the opportunity to win a world title again,” said Thurman.

“If that’s the best opportunity, I’ll take it.  So I want those belts back in my possession.

“I do like the fight with Terence Crawford,  but we have to see what opens up, what really negotiates, and how stubborn we get with what kind of split we get. It’s just business from here and out. I do like the fight,” said Thurman in sounding like a politician having his feet put to the fire by the grand inquisitor.

In deciphering all the code talk that Thurman was doing during the interview, it’s pretty apparent that he will not challenge Crawford for his WBO strap. Thurman wants the WBC title that Spence owns right now.

It’s not the title, though, that the 33-year-old Florida native Thurman is interested in at the moment.

‘One Time’ Thurman is targeting Spence because that’s the BIGGEST money fight out there for him, and it makes perfect sense for him to be going in that direction rather than the smaller money fight against the counter-punching, switch-hitting Crawford.

If Crawford wants a big money fight, he will need to hope that Spence or Ugas look his way. I don’t think they will, but he can always expect.

Crawford can’t afford to sit around for too long waiting, hoping to get the Spence-Ugas winner or a fight with Thurman.

Crawford is too long in the tooth to sit inactive waiting for fights that may never materialize. 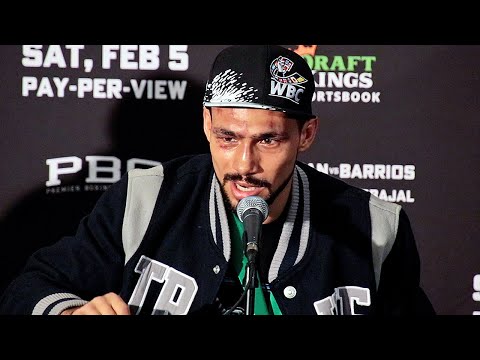