Many Boxers Have Gotten Gift Decisions, Even Unbeaten One’s!

By Ken Hissner: When I watch commentators like Tim Bradley and Andre Ward, I sometimes think of their gift decisions over Manny Pacquiao by Bradley and the first Sergey Kovalev fight by Ward.

The worst decision this writer not only did witness but was there as a fan when in November of 1976 with Tyrone Everett losing to Puerto Rico’s Alfredo Escalera though in Everett’s hometown of Philadelphia by split decision. He finished 36-1, with that his only career loss. My score had Everett up 13-2 in rounds. The Pennsylvania judge Lou Tress favoring Escalera never again judged a fight.

In March of 1950, in Madison Square Garden, Roland LaStarza, 37-0 at the time, lost a split decision to none other than Rocky Marciano, who was 25-0 at the time. Many felt LaStarza won. It took three and a half years before there was a rematch with Marciano scoring an eleventh round stoppage with scores at the time 7-3, 5-5, and 6-4 Marciano ahead after ten rounds.

When you see back-to-back matches many times, it means the first decision may have been a bad one or a real close one. There were sometimes more than two matches like Ali and Norton. Then there was Arturo Gatti and Mikey Ward fighting three straight times in favor of Gatti winning and ending Ward’s career. Why three if they were all fair decisions?

There were times a fighter was behind when a cut stopped the fight in his favor, like when in June of 2003 when Lennox “The Lion” was behind 58-56 after five rounds on all scorecards against Vitali “Dr. Ironfist” Klitschko when stopped in the sixth round on a cut in favor of Lewis. A rematch would have been in order, but Lewis never fought again.

In June of 1973, Chuck “The Bayonne Bleeder” Wepner got a decision over Ernie Terrell in Atlantic City when the only judge was the referee Harold Valan scoring it 7-5 Wepner. This writer heard it was a horrible decision.

Famed manager Jim Jacobs told this writer the worst decision he ever witnessed in his “Greatest Fights of the Century” films was when Harold Johnson lost his title to Willie Pastrano in June of 1963 in Las Vegas, Nevada by split decision. No rematch clause?

Upon meeting Johnson for the first time in the stands at a boxing event, I asked, “How did that bum Pastrano (not a bum but good boxer) ever beat you?” Johnson being a class act, replied, “he was a good boxer!” Though neither was the WBA or WBC champion, those two titles were at stake. Johnson was the National Boxing Association champion at the time.

In June of 2012, while viewing the first of three times, they fought Tim “Desert Storm” Bradley got a gift decision over Manny Pacquiao. A fellow boxer Dennis Hasson who also attended Northern Michigan U, where Bradley did was rooting for Bradley, agreed he lost. Pac-Man won their next two meetings between the two, with the last retiring Bradley. 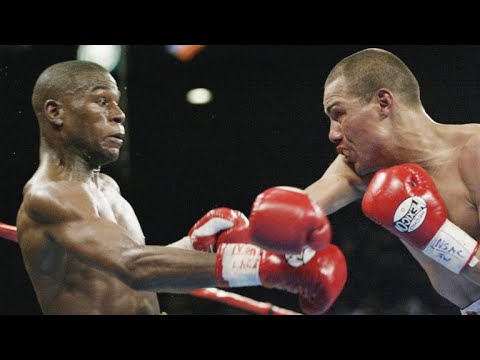 Recently even Floyd “Money” Mayweather’s father said he felt his son lost to Jose Luis Castillo in April of 2002 in their first match, which I also felt. Close enough to have a rematch in their next fight, with the scoring even closer in the rematch. Both fights were in Las Vegas, Nevada.

In November of 2016, this writer felt Ward lost to Kovalev in their first meeting, with all three judges having it 114-113. In their next fights, it was against each other with Ward going to the body, stopping Kovalev in the eighth round with the scores after seven rounds were in favor of Ward by 67-66 twice and 68-65 for Kovalev.

It was Ward’s last fight.

In March of 1970, local favorite Augie Pantellas got a gift decision over Ruben DeJesus at the Philadelphia Arena. The loser was even a substitute. The local fans started throwing things after the decision was announced.

The other riot this writer attended was in October 2014 at Schuetzen Park, in North Bergen, New Jersey, when though local favorite Juan “The Beast” Rodriguez though ahead was cut if I’m not mistaken due to an accidental clash of heads when the fight was stopped in his favor by technical decision at the end of the round.

Then suddenly, the Spanish fans of Rodriguez started throwing chairs, even breaking large wall mirrors. Matter of act www.boxrec.com shows: A melee erupted in the crowd as rd 5 was about to begin. The EMTs took an injured person to the hospital, and the fight could not be continued because no ambulances were available.

Well, fight fans, what were some of the bad decisions you have seen?