By Jim Calfa: Keith ‘One Time’ Thurman is already looking past Saturday’s comeback fight against Mario Barrios towards facing the Errol Spence Jr. vs. Yordenis Ugas winner in the summer.

It’s not a good idea for Thurman to be assuming that he’s going to beat the 26-year-old Barrios (26-1, 17 KOs), considering he’s been out of the ring for an extended period of time since his last bout in 2019.

During the final press conference this week, Thurman looked terribly weight drained and nowhere as healthy as Barrios.

Thurman states that he came into training camp at 172 lbs, which means he has to cut 25 lbs to get down to 147. That’s not going to be easy.

The difference between the two fighters was dramatic. Thurman looked like a much older fighter than Barrios, making it difficult to visualize him winning the fight in the condition he’s in.

The former WBA/WBC welterweight champion Thurman (29-1, 22 KOs) is in a hurry to regain his throne as the #1 fighter at 147, which is why he’s got his eye on the Spence-Ugas fight.

“I knew he had the size over me, but I’m looking at his legs right now. He must have these pencil legs,” said Keith Thurman to Fight Hub TV on Mario Barrios.

“I’m looking at his ankles, so he’s got that #2 pencil,” said Thurman about Barrios having skinny legs.  He’s got pencil legs. He’s top-heavy, and he’s got broader shoulders than I thought.

“When I first seen him, I said, ‘You’re a big little boy’ because he’s moving up in the weight class, but he’s got size. He’s got size. I can see why his team are allowing him to move up.

“It’s up to him to show how much of a shot he has with me on Saturday night. Let’s see what his team did to create the welterweight version of Mario Barrios.

“He didn’t have to cut that seven pounds to get down to 140, so he should be stronger.

“We know certain things in boxing. Speed is deadly, and power is deadly. Mario Barrios has a reputation for having speed. Most definitely, it’s just the biggest fight out there.

“The [Spence vs. Ugas] winner is going to have all the belts [3 of the four at 147]. To be in the ring with Keith ‘One Time’ Thurman, I just bring excitement in the ring,” said Thurman.

‘One Time’ Thurman’s management is going to need to press Errol Spencce Jr. to fight him if he comes out victorious against Ugas.

Spence has been adamant about his disinterest in giving Thurman a title shot, so he’s likely to reject any push from PPC for him to give One  Time a fight.

“The fans support me. The only time they don’t support me is when I’m inactive because they know that when I’m active, I can give them what they’re looking for,”  Thurman said.

“When I’m not active, they get a little bit mad at me, and I understand that because they are consumers. But don’t worry. In 2022, I’m going to give you plenty of action.

“It’s been two and a half years, and I’m still fighting at 147,” said Thurman.  “That was my freshman year in high school weight. Everyone says, ‘I wish I looked like I did in high school.’

“They’re not talking about their freshman year. They’re referencing to how they looked in their senior year. 33-years-old, sports science and what we’re able to do, we’re still about to compete in the welterweight division.

“That’s where I want to make history, and I’m happy to be back in beautiful Las Vegas. This is my first time performing in this arena, and I’m really excited about Saturday night,” Thurman said.

It’s unclear why 2022 should be any different for Thurman from the last two years in terms of his activity level.

One Time wants to slim down

If Thurman has any hopes of beating the Spence-Ugas winner, he’s going to need to keep his weight under control in between fights. He can’t keep ballooning up to the 170s or  180s,  using his training camps as fat farms to drop weight.

“It’s the same challenge,” said Thurman when asked about the weight cut to get down to 147. “This last week, this last pool, it has its ups and downs. I call it ‘Coming in for the landing’ because we’re just going to land.

“We’re just going to land at 147, and then we’re never going to see that number again. But that’s how every fight is. I don’t walk around at this small weight. We touch down, and then we put a little bit of size back on.

“For me, as a professional athlete who wants to extend his career for as long as possible, the main focus this year is weight management. In my offseason, I can’t have a fluctuation back up to 172 or 182 as I did back in 2019.

“Move past this; I want to maintain a weight of 165. I have a team in my offseason that are really adamant on how I can accomplish these goals. Just stay at the top of the welterweight division. It’s not getting any easier, that’s for sure,” said Thurman.

The problem Thurman has is he hasn’t looked after himself the way a professional athlete is required.

If you’re competing professionally in any sport, you must stay in shape during the offseason because your competition isn’t slacking off like you.

“I’ve had long layoffs before in my career,” said Thurman. “Every day of my life is one day closer to my next fight. So you can put a 300-day gap, but it doesn’t matter.

“Every day of my life, I’m one step closer to a fight, and how do I know that? Look where we are. Days from my next fight, and it’s been a long time coming.

“So with that mental philosophy and how I meditate that every day brings me one day closer, I’m mentally prepared for this showdown. But I will have to admit; I’m tired of these long layoffs. I want to be an active fighter again.

“2022, I’m really hoping that this year to come back and excite the fight fans and stay busy for myself and the sport of boxing in general,” said Thurman.

It’s difficult to imagine Thurman fighting more than once in 2022, as shown that he’s not capable of staying healthy or motivated enough to keep active like he once did. 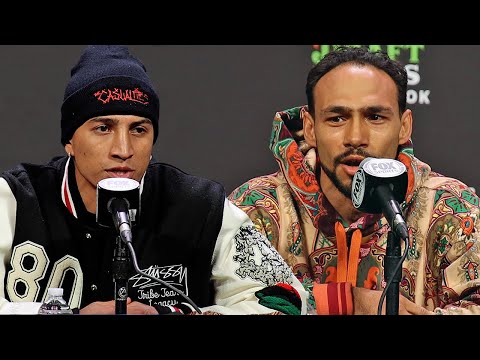