By Sean Jones: DAZN has no interest in a potential fight between lightweight champions George Kambosos Jr. and Devin Haney. The two contenders at 135 that do have a shot at getting selected for Kambosos’ next fight are Ryan Garcia and Vasily Lomachenko.

According to trainer Robert Garcia, Kambosos’ promoter Lou DiBella called him and told him that Ryan is the guy that they’re looking at for their next fight.

It makes economic sense for Kambosos to fight Ryan Garcia next, as it’ll bring in the subscribers to DAZN in huge numbers. With Ryan’s huge following on social media and Kambosos’ big yap, DAZN will attract a ton of new subscribers.

If Kambosos faces Ryan later this year, it would be on DAZN pay-per-view, according to Dan Rafael.

That won’t make boxing fans happy to have to pay to see the five-year professional Ryan Garcia take on the Australian Kambsoso on PPV because neither of them has done enough in their respective careers for a fight between them to be sold to fans.

Apart from Kambosos’ recent win over an injured/weight drained Teofimo Lopez, he’s not beaten anyone of note. Kambosos struggled against aging fighters Mickey Bey [37] and Lee Selby [34] and didn’t show a lot of talent in either of those fights.

It’s easy to see why DAZN has little interest in a Kambosos vs. Haney fight. That event would be poison for DAZN because it’s a fight that likely brings in only a small amount of subscribers.

“If you put the puzzles together, Kambosos is with Lou DiBella, and Lou DiBella also promotes Ryan’s next opponent [Emmanuel  Tagoe], this kid from Africa,” said trainer Robert Garcia to Little Giant Boxing. “He’s with Lou DiBella.

“So maybe they [Team Kambosos] did work something out with Golden Boy [for a fight with Ryan Garcia]. ‘Maybe,  we’ll do this first, and then we got a big fight.’ I’m pretty sure that is probably the direction they’re looking at.

Lou DiBella is my friend, and he called me thinking I was Robert Diaz [Golden Boy executive]. He spilled the beans. I’m not going to say what he told me, but he told me something like that.

“So they are working on something together. I listened to everything. I didn’t tell him that I wasn’t Robert Diaz [of Golden Boy],” said Robert Garcia.

“Then, a few days later, he [DiBella]  called me with somebody else on the line. It was somebody big. They’re like, ‘Hey Robert [Diaz], this and that.’

“‘I’m like, ‘This is happening again. Lou, who are you trying to call? You’re not Robert Diaz? No, I’m Robert Garcia. Oh, s***, we’re trying to call Robert Diaz. Well, you already called me a week ago and told me the whole thing. You told me everything.’

“It was a funny conversation, but it’s big things. Honestly, I think it’s huge for Kambosos to get a Ryan Garcia fight because he’ll get a lot of money. It’ll be huge, but I think Ryan Garcia beats him.

“Kambosos was never a big name before he beat Teofimo,”  said Garcia. “He was never a top prospect, somebody everybody was talking about,  signed to a huge promoter.

“I’m not disrespecting Lou DiBella; I love Lou DiBella; he’s my friend. But he [Kambosos]was never signed to a big promoter, and he was always fighting on small little cards that Lou DiBella would put him in.

“He’d buy spots because Lou DiBella doesn’t even promote that much anymore. So Kambosos was never a big name, a big star. This fight [with Teofimo] made him a star.

“I just think it was a bad night that Teofimo had. It was a perfect storm. I’m happy for Kambosos because he’s getting a huge payday now. He got a huge payday against Teofimo, and now he’s going to get an even bigger payday.

“They never expected these types of paydays [for Kambosos], and now he’s there. So take advantage of it. Enjoy it. Invest your money, buy yourself a nice house and invest your money.

“Do right with your money. Take advantage of it because he [Kambosos] hit the jackpot,” said Robert Garcia.

DAZN has NO interest in Haney fight

“If there’s a Kambosos-Ryan Garcia fight later this year…Loma fight is in discussion as is Garcia. Both are on the table. DAZN has NO interest in the Haney fight,” said Dan Rafael on Twitter.

You got an obscure four-belt champion from Australia against a fighter with a boring fighting style, who elevated to his WBC championship position outside of the ring. DAZN would be shooting themselves in the foot if they gave Kambosos the green light to face Haney.

It would seem that DAZN is focusing on fighters that can bring in subscribers to their platform against the 28-year-old Kambosos, who isn’t a big name in the U.S. Kambosos (20-0, 13 KOs) captured his four lightweight titles last November with an upset of champion Teofimo Lopez.

Ryan Garcia’s huge social media following arguably puts him above Haney as an option for Kambosos. Ryan (21-0, 18 KOs) has close to 9 million followers on Instagram and 1.14 million subscribers to his YouTube channel.

Unfortunately, the 23-year-old Haney only has his WBC lightweight title going for him, and that’s not going to be enough for him to bring in the subscribers on DAZN.

Nowadays, there are too many champions in each watered-down weight division, and boxing fans are no longer looking at the possession of a title as an automatic reason to pay attention to certain fighters. They need more than a title to interest fans.

Also, it’s a fight that Kambosos stands a better chance of winning. Kambosos is a great self-promoter, but he’s clearly not in the same league as Lomachenko talent-wise.  He would be food for the highly ranked #1 WBC contender from Ukraine.

Kambosos-Ryan Garcia would be DAZN PPV

“De la Hoya said that if Kambosos-Garcia fight is made, it would be a DAZN pay-per-view event,” said Rafael.”The streaming service once pronounced that pay-per-view was dead with its creation.

“But recently, it has acknowledged that for the biggest fights on its platform it might have to go the pay-per-view route for an additional fee above the monthly or annual subscription packages its customers buy.

It’ll be interesting to see what the reaction will be from boxing fans if DAZN chooses to make a fight between Kambosos and RyanGaria a pay-per-view fight.  While DAZN may bring in new subscribers to their platform, they’ll lose a lot of customers as well. 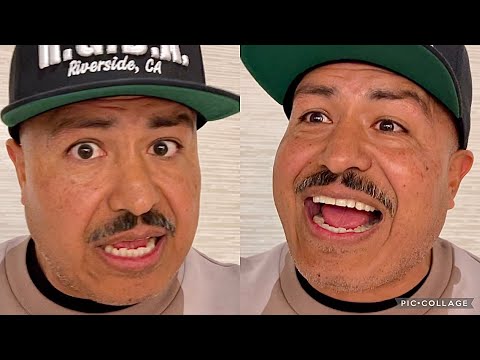