By Barry Holbrook: Chris Eubank Jr. says he’s “100% going to be facing Gennadiy Golovkin for his IBF middleweight title next after he defeats his domestic-level opponent Liam Williams this Saturday, February 5th at the Motorpoint Arena in Cardiff, Wales.

Fresh off his lopsided 12 round unanimous decision defeat at the hands of WBO 160-lb champion Demetrius ‘Boo Boo’ Andrade last April, Williams (23-3-1, 18 KOs) stands in the way of the 32-year-old Eubank Jr’s grand plans to fight for a world title in 2022.

The 32-year-old Eubank Jr. (31-2, 23 KOs), the son of the famous former two-division world champion Chris Eubank, has been spinning his wheels doing very little since his defeat at the hands of former WBA 168-lb champion George Groves in 2018.

Facing largely lower-level opposition and rarely fighting in the last four years, Eubank Jr. has made up his mind that in 2022, he wants to fight for world titles at middleweight.

For Eubank Jr. to get a title shot against the soon-to-be 40-year-old Golovkin, it’s going to require that the Kazahstan-born fighter give him a voluntary defense.

Given that Golovkin only fighting once a year at this point in his career, it’s unlikely he’s going to use up that one fight in 2022 facing Eubank Jr.

Eubank Jr. vs. Williams Gloves are Off” discussion

Liam Williams: “Chris, you can’t do nothing but walk somebody down and swing for the hills. That’s all you got,” said Liam Williams during ‘The Gloves Are Off’ with Sky Sports Boxing.

Chris Eubank Jr: “How can you beat me?”

Williams: “I can outbox you because I’ve got a better boxing brain than you and a better boxing IQ and that’s a fact. Most people say that. I can fight just as good as you and punch harder than you.

“I’m going to box you if you try to box, and if you fight, there’s a good possibility that I’m going to knock you out as well. Good luck, bring what you got.”

Eubank Jr: “You’re in trouble, man. I have A, B and C covered, and I will do whatever it takes for him not to see the 12th round. Whether that’s to box his head off or go toe-to-toe, I’ve got all the bases covered and I’m confident that we will get the job done on the night.

“I don’t need to be boxing anymore, I’m comfortable. I’m financially secure, and I’ve made a name for myself. I’ve been there and done it. I don’t need to go on a farm for a year and a half with Roy Jones Jr at 31-years-old. I could have stayed in my penthouse in Vegas.

“The Golovkin fight that fell through, it wasn’t because I wasn’t there. The fight fell through. Kell Brook got the fight and we saw what happened with Kell [suffered bad eye injury].

“After this fight, 100%, I’m looking to fight Golovkin and the big names in 2022. This [Liam Williams] is a big name domestically. Sometimes you don’t need a world title to make a big fight. This is one of those cases,  but after I take this guy out, 2022 is where the world titles come in 100%.”

Williams: “He’s talking about world title fights in 2022 with Golovkin, I’m here to put a stop to all of that and I’m ready regardless of anything. It’s not about the clothes that you wear. It’s your personality that I don’t like and a lot of people don’t like.”

Eubank Jr: “He’s very brave when he’s on his phone and on Twitter.  It’s exactly the same as the last one we did, Gary O’Sullivan. A hell of a lot to say online, but then when it actually came down to it, bottle job, turncoat.”

Williams: “Chris, if we went in the backroom there, I’d punch your head in and ruin you so bad.”

Eubank Jr: “Let’s not get ahead of ourselves. You’re a turncoat. You’re a bottle job. What he’s done today, he’s going to do on the night. He talks a big game, but when it comes down to it, he’s not about that life.” 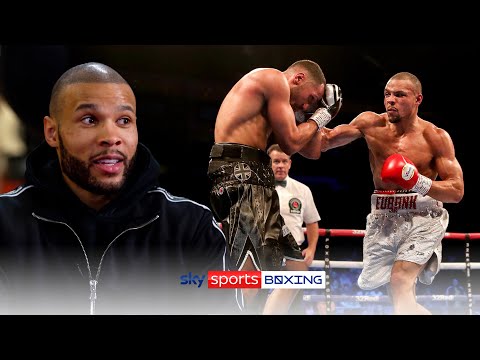 Canelo Alvarez to fight in May in Vegas, September in Mexico says Eddy Reynoso »