Chris Eubank Jr. says Liam Williams should be removed from the sport

By Barry Holbrook: Middleweight contender Chris Eubank Jr. says he feels that Liam Williams paints a bad image for the sport and he wants to drive him out on Saturday night in their headliner fight at the Motorpoint Arena in Cardiff, Wales.

The things that Williams (23-3-1,18 KOs)has said to former IBO super middleweight champion Eubank Jr. (31-2, 23 KOs) during the run-up to Saturday’s fight have made him want to eradicate him once and for all.

Williams has been quite clear that he wishes to batter the 32-year-old Eubank Jr, leave him on the canvas in a pool of blood on the night. Liam says he never liked Chris the moment he first ran across him a decade ago.

It was a case of instant dislike on Williams’ part, as he sensed immediately that Eubank Jr. was just an arrogant person who was full of himself.

Surprisingly, it’s taken Liam this long for him to finally get his hands on Eubank Jr, as the two had been in the sport for eleven years in the pro ranks.

Perhaps if Eubank Jr. hadn’t spent a good portion of his career fighting at 168, he would have fought Williams by now. But as the saying goes, ‘better late than never.’

“The bad guy? I don’t know if I like that title. If that’s what I have to be on the night, it is what it is,” said Eubank Jr. to Sky Sports Boxing in reacting to him being labeled ‘The Bad Guy’ in his fight with Williams on Saturday night.

Eubank Jr. will be the visitor going into the Motorpoint Arena in Williams’ home turf in Wales on Saturday. The boxing fans at ringside will be predominantly pro-Williams, and that essentially makes Eubank Jr. the bad guy.

“We’re in his backyard, but we’re ready, feeling strong and feeling fit,” said Eubank Jr. “I’m very motivated for this fight, very motivated. Of course, I’m a stand-up guy, I’m a standard-bearer for the sport,” Eubank Jr. said on him being considered a much different type of person than Williams.

“Williams is a bad representation of what fighters can be. The way he talks, the things that he says. People like him need to be pushed out of the sport. That’s what we’re going to do on Saturday night,” said Eubank Jr.

It’s like a bow being slowly pulled back for ten years by Wiliams, and he’s finally going to get the opportunity to release his hatred for Eubank Jr. Saturday night.

“This is a fight I’ve been chasing for some time now. I’ve been saying his name for the past couple of years,” said Liam Williams to Seconds out. “The fans want it as well, so here we are now.

“It goes back ten or eleven years ago. I was in the gym sparring and he comes and he comes in really arrogant. He didn’t speak to anybody and didn’t look at anybody,” said Williams when asked how long ago the bad blood with Eubank Jr.

“From that moment on, I just hate this guy. He’s just not a very likable guy, is he? They say a happy fighter is a dangerous fighter, and there’s probably a lot of truth in that,” said Williams about him feeling happy in teaming up with trainer Adam Booth.

“A blood bath,  his blood,” said William when asked what type of fight fans can expect from him on Saturday night.

To a certain extent, Williams is going to need to chase Eubank Jr. around the ring on Saturday night because he knows he can’t stand in front of him in this fight.

Eubank Jr. has learned enough in the pro ranks not to stand and trade with a power-puncher, so we’re likely going to see him beat feet to escape the pressure from Liam.

“Very sharp. Listen, Liam [Williams] just left our gym and he’s gone to train with Adam Booth,” said Johnny Nelson to iFL TV. “I said to him up there when I interviewed him, ‘You’re not happy.’ He said, ‘I’m at home, man. These are my people. He can’t come to Cardiff and try and lay the law down here.’

“Boxxer has done an amazing job of getting this fight on and putting such a wicked bill together. I’m looking forward to it. Liam is really up for it. Eubank is up for it as well. It’s a matter of styles clashing.

“If Liam can talk Chris [Eubank Jr] into fighting his sort of fight, then it’s the worst thing Chris can do. I think Chris should stick to his game plan and listen to Roy [Jones Jr.]. Box-fight,  box-fight, then the fight should turn out how it should do.

“If he stands there and tries to toe-to-toe him [Williams], he shouldn’t do it. If Chris underestimates or disrespects Liam, then he makes it more even because Liam can fight. Liam is hungry for it.

“Liam realistically thinks,  ‘I’ve got to deal with this man. I want what he’s got .’ Remember, he boxed Andrade and now he’s boxing Eubank. If he beats him, the world opens up for him again.

“Eubank, he’s trying to say to everybody, ‘Look, I’m a world-class fighter. I’m just an unofficial world champion.’  So he’s got things to prove here as well,”  said Nelson.

If this fight had talent place four years ago in 2018 and before, Eubank Jr. could be counted on to stand and fight toe-to-toe with Williams.

But what Eubank Jr. learned in his loss to George Groves is that he doesn’t have the power or punch resistance to go to war with that type of fighter.

Williams has got to keep the pressure on Eubank Jr. in the same way he did against Demetrius  Andrade for him to win. 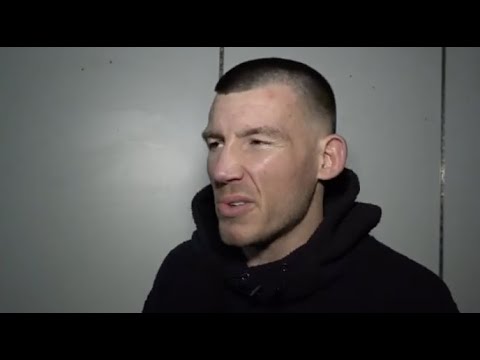