By Mark Eisner: Former WBA/WBC welterweight champion Keith ‘One Time’ Thurman made a  statement on Saturday night with his comeback victory over Mario Barrios (26-2, 17 KOs) in Las Vegas.

Fighting for the first time in almost three years, ‘One Time’ Thurman (30-1, 22 KOs) outboxed the younger fighter Barrios, looking like he’d almost never been away at the Michelob Ultra Arena. 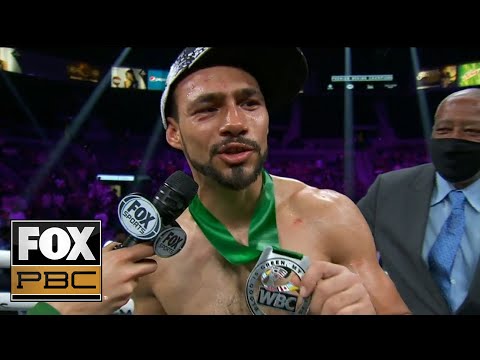 Neither fighter was hurt in the fight, although Thurman appeared to be a little out of breath after getting caught by a hard body shot from Barrios in round eight.

Barrios couldn’t take advantage of Thurman needing to back off to recover from the punch.  In the championship rounds, Thurman looked pretty ragged, forced to move around to keep from getting hit.

It was a little surprising that the crowd was patient with Thurman and didn’t choose to boo, and it was pretty boring in the last four rounds with his nonstop movement.

If Barrios had punching power, it would have been an interesting fight, but he obviously was chosen by Thurman’s management because he’s not a puncher.

Going into the fight, the only chance Barrios had was if Thurman had aged dramatically since his last fight in July 2019 against Manny Pacquiao.

“It wasn’t the hardest I’ve been hit,” said Thurman at the post-fight press conference after his victory. “If he was able to step in a little bit more and dig a little bit deeper, he might have been able to put me down.

“They still can’t put me down. The fact that he’s a free agent should make things a little bit better,” said Thurman when asked about the possibility of him challenging WBO welterweight champion Terence Crawford next.

“To work with Bob [Arum] is not a lot of fun for a lot of fighters,” said Thurman. “You see what I’m wearing now, you see what I’m representing,” Thurman shows a WBC medal, meaning that he’s planning on going the World Boxing Council route for a world title.

“They’ve been asking me for a long time ‘Where do you rank, Keith Thurman?’ I don’t know. I’m one of the best fighters in the world. Who cares what rank they give me, what number they give me or what position they give me? 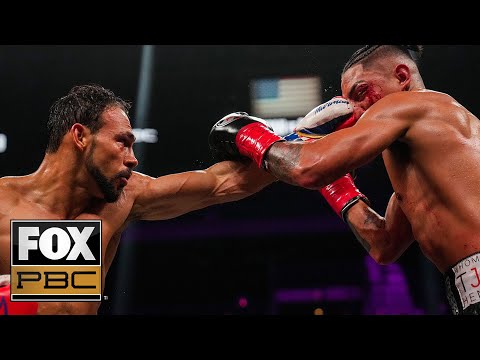 “I do want to fight a champion. I’m going to be looking forward to getting in the right with a champion. I want an opportunity to get a world title again.

“So if that’s the opportunity [Crawford],  I’ll take it. I love great fights in the welterweight division, but do you see what I’m representing now? [WBC]. So  this might be the ladder that I’m climbing,” Thurman said.

To be sure, Thurman definitely aged badly in the 31 months that he was out of the ring, but he still had enough left to beat Barrios, who some boxing fans felt was a paper champion when he briefly held the WBA ‘regular’ 140-lb title.

Barrios needed power for him to win, and he was lacking in a major way.

After the fight, the 33-year-old Thurman made it known that he wants to fight for a world title next, be it against Errol Spence Jr,  Yordenis Ugas, or Terence Crawford.

Considering that Thurman is with PBC, it’s questionable whether they’ll match him with Crawford, but perhaps they will. Crawford is no longer with Top Rank, which makes him an option for PBC fighters like Thurman.

It’s good to have Thurman back, but he’s clearly not going to beat any of the good contenders or the welterweight champions with what he has left.

The Thurman that was seen in his previous fight against Manny Pacquiao in 2019 was vastly superior to the one we saw tonight.

Thurman has lost a lot from his game with the 2 1/2 years out of the ring, but that was expected. You don’t stay out of the ring for as long as Thurman has, age, and then come back as the same fighter.