By Jim Calfa: Middleweight contender Chris Eubank Jr. (32-2, 23 KOs) thrashed Liam Williams (23-4-1, 18 KOs) on Saturday night in dropping him a surprising 4 times in grinding out an unimpressive 12 round unanimous decision at the Motorpoint Arena in Cardiff, Wales. 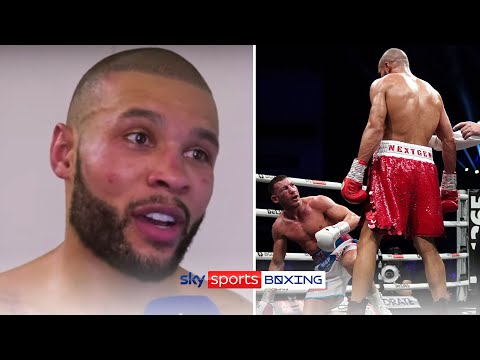 This wasn’t the kind of performance Eubank Jr. needed to impress IBF middleweight champion Gennadiy Golovkin to make him want to give him a title shot. Also, Golovkin is probably not going to have many sleepless nights worrying about fighting Eubank Jr because even at 39, he’d have no problems beating him.

When the 32-year-old Eubank Jr. wasn’t winning rounds by dropping Williams, he was surprisingly getting outboxed by him.

One reason for that is Eubank Jr wasn’t good at initiating the action on offense, which Williams was excelling at tonight. Eubank’s knockdowns came largely from counter shots that he was catching Williams, 29, with when he was on offense.

Williams got off to a bad start in the first when he was dropped by Eubank Jr. In the second, third and eleventh rounds, Williams was decked by Eubank Jr.

You can argue that the 11th round knockdown was from a push and not from a punch, but Williams did look a little hurt.

“I wanted to teach this man a lesson. He’d said some very menacing things to me,” said Eubank Jr. to Sky Sports after his win over Williams.

“I thought, ‘I don’t even want to knock this guy out in the first round, I want to punish him.’ I want to get people like that out of boxing,” said Eubank Jr.

I guess that explains why Eubank Jr. let his foot off the gas pedal in the second half of the fight. He wanted to prolong the punishment that he was inflicting on Williams.

The problem with that is Williams was the one landing the shots in the second half of the fight, and it didn’t look like he was getting punished very much by Eubank Jr.

It appeared that Eubank Jr. was just flat-out tired from pushing his aging body to the limit, and he didn’t have the youth or the conditioning to fight hard in the second half like he once did seven years ago.

Eubank Jr isn’t the fighter that he once was, and he’s not going to fool boxing fans by saying he purposely extended the fight.

He’s getting old, and he better hope that he can get a title shot soon because he’s not going to beat any of the middleweight champions fighting the way he did tonight.

You can give the referee a break for the blown call because Williams looked stunned. Fortunately, that mistake by the referee didn’t have a bearing on the outcome of the fight.

Williams showed excellent power, but his hand speed was too slow for him to consistently land his shots. If Williams wasn’t so wide open all the time, he might have won that fight. That’s the shocking thing because if you ignored the four knockdowns Williams suffered, he looked like the better fighter for the most part.

Eubank Jr. doesn’t look at all improved from the fighter that he used to be six years ago. He was a better fighter when he was throwing combinations and attacking his opponents from 2011 to 2019.

If you could bring that version of Eubank Jr back, he would have knocked out Williams within three rounds tonight. 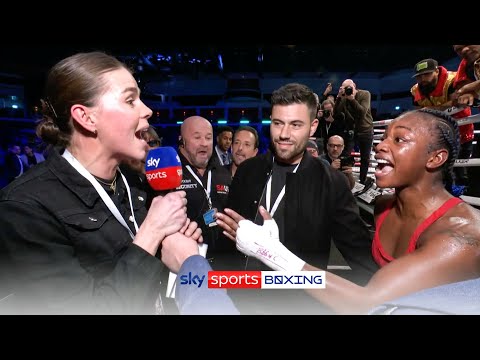 It was pure domination from Shields, and not particularly interesting to watch due to how one-sided this contest was. Kozin didn’t belong in the same ring with Shields, the lopsided scoring reflected that. The judges scored it 100-90 x  3.