Thurman vs. Barrios: Will Keith retire if he loses?

By Max Schramm: Keith ‘One Time’ Thurman is in a must-win situation in his fight next month on February 5th against Mario Barrios on FOX PPV. Thurman is amped up about this fight, believing it’s a stepping stone to a much bigger one for a world title, possibly in the summer.

Will Thurman retire or stick it out, hoping that if he gets a couple of easier fights under his belt, he’ll improve enough to be competitive against WBO champion Terence Crawford?

If this is just about money for Thurman, as many boxing fans believe to be the case, it won’t matter if he loses to Barrios. Thurman can always come back against lesser fighters and be given a title shot against Crawford in a voluntary defense by the Nebraska native.

However, suppose Thurman gets badly beaten by Barrios in a humiliating early knockout by the younger fighter. In that case, it might be a tipping point to send ‘One Time’ into permanent retirement because if he can’t defeat a fighter at this level, his dreams of regaining his throne as the #1 fighter in the welterweight division would be futile.

It’s a shame that Thurman has chosen live dog in Barrios for his first fight back from his 2 1/2 year break from boxing.

The fight is more than a month away, but ☝🏻⏰ @keithfthurmanjr looks like he could fight TODAY! #ThurmanBarrios pic.twitter.com/kDDx1GzJwi

When a fighter has been out of the ring for as long as Thurman has, the chances are high that they’re not going to be anywhere near the level they were competing at in their last fight.

In Thurman’s case, he already looked terrible in his two previous fights against Manny Pacquiao and Josesito Lopez.

Those matches took place after Thurman had taken close to a two-year injury break after his grueling fight against Danny Garcia in July 2019.

Thurman is coming back after another long break of over two years, and it doesn’t look good for him.

Thurman likely still has the same pop in his punches that he did during his best years, but you got to imagine that his speed and reflexes have deteriorated to the point where he’s going to be easier to hit than ever before. 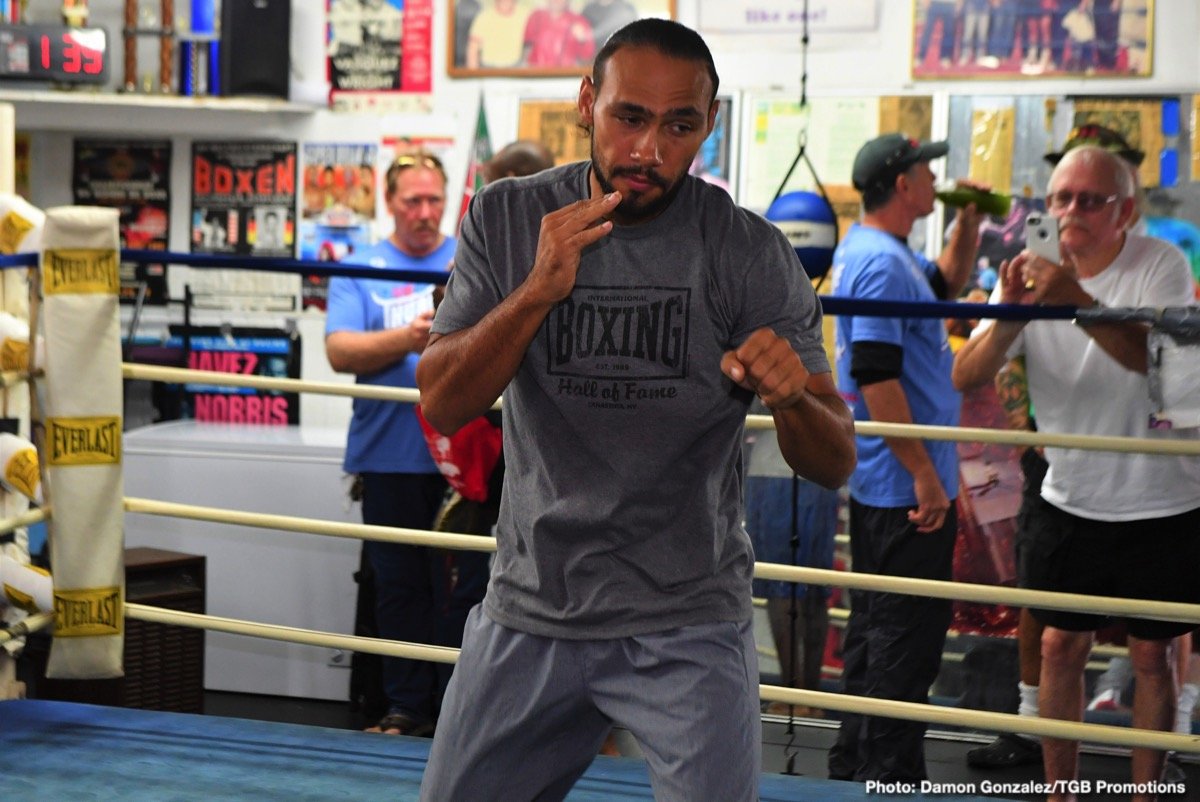 In Thurman’s fights against Danny Garcia and Josesito Lopez, his stamina was poor, resulting in him fading after six rounds. The chances are high that Thurman will gas out against Barrios after four to six rounds, and he could be at the mercy of the 26-year-old.

With Thurman selling his comeback fight on pay-per-view, he and his management have little choice but to match against a quality fighter. Granted, there are better fighters than Barrios at 140 and 147, but he’s still quite good.

This isn’t a pushover that Thurman’s management has selected for his comeback fight, and that’s the whole problem.

Considering that Thurman looked like he was only 70% of the fighter he once was in his last comeback in 2019, he might be operating at 50% capacity when he steps foot inside the ring against Barrios.

I hate to say it, but Thurman might not be able to beat Barrios at 50% of his prime form.

For Barrios, this is the Super Bowl in taking on the former #1 welterweight on the planet in Thurman, and he’s going to be fighting harder than he ever has before.

The loss that Barrios suffered in his last fight against Gervonta ‘Tank’ Davis last June will make him even more desperate to win this contest against Thurman because he’s going to be fighting to save his career.