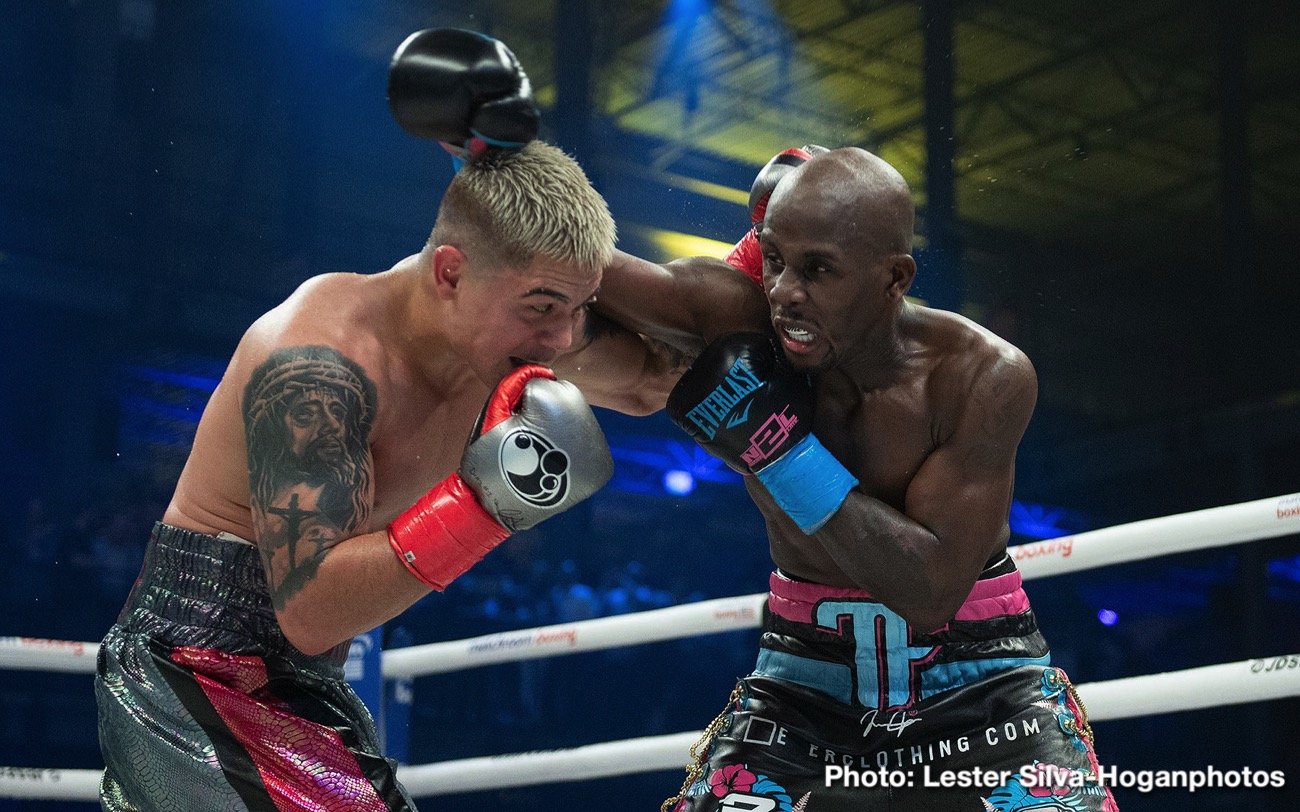 By Dan Ambrose: Tevin Farmer sent Ryan Garcia a message on Sunday, letting him know on social media that he wants him to fight the contract for their April fight on DAZN.

It’s unknown what the holdup is with the unbeaten Golden Boy promoted Ryan (21-0, 18 KOs), but this is pretty much par for the course for him.

If Golden Boy Promotions has changed their mind about wanting Farmer to face Ryan Garcia next, that would explain why the contract hasn’t been signed.

The 31-year-old former IBF super featherweight champion Farmer (30-5-1, 6KOs) hasn’t been active for the last two years since losing his title to Joseph ‘Jojo’ Diaz by a 12 round unanimous decision on January 30th, 2020.

Farmer lacks the power, size, and activity to worry the 23-year-old Ryan Garcia.  In other words, he’s perfect for Ryan to showcase his power in a non-risky fight on DAZN.

Tevin will be coming up in weight from the 130-lb division to take on Ryan, and that in itself will put the Philadelphia native at a disadvantage. Obviously, that’s likely one of the reasons why he was chosen for Ryan.

Well, if Ryan doesn’t sign the contract for the Farmer fight, it’ll be interesting to see who he eventually does face. At least with Farmer, he’s not a contender or a lightweight, so he’s perfect for Ryan.

If Golden Boy is going to comb the lightweight division with a magnifying glass looking for a beatable guy from the cellar region, they still might not fight a guy as ideal as Farmer.

Hardcore boxing fans are familiar with Farmer, remembering him for his five-fight run as the IBF super featherweight champion from 2018 to 2020.

Farmer captured the vacant IBF 130-lb title with a 12 round unanimous decision victory over Billy Dib in 2018. From there, Farmer defended his belt five times against these fighters:

The 23-year King Ryan developed a habit in the last year of calling out fighters and then failing to make it all the way to the fight.

Ryan hasn’t fought in a year since his win over Luke Campbell in January 2021, and that was a shaky performance. Ryan had to get up off the deck in the second round after being poleaxed by Campbell.

If Campbell wasn’t such a terrible finisher, Ryan would have been knocked out in that fight. It was a good thing for Ryan, but that performance may have been the reason for Ryan’s anxiety issue when his promoter signed him up to fight Javier Fortuna last July.

Fortuna would have been a jump up in quality for King Ry, and him pulling out of the fight may have saved him from a loss.

If Farmer was a threat, we’d see him rejected in the same way as Isaac ‘Pitbull’ Cruz was for King Ry. Cruz (22-2-1, 15 KOs) is a fighter that Ryan called out recently, but when it came to getting the fight made, it failed to happen.