How Three Division World Champ Regina Halmich was Made!

By Ken Hissner: Germany’s Regina Halmich got inducted into the IBHOF with a record of 54-1-1 with 16 stoppages. It sounds like she was worthy until you look at how she got there.

In Halmich’s Fifty-four wins she defeated eighteen opponents making their debut. Five had losing records and three with .500 records. That’s twenty-six without winning records out of fifty-six fights. She had forty defenses including fifteen at flyweight, two at super flyweight, and ten at light flyweight as well as thirteen at flyweight in her second reign.

Thirteen of Halmich’s defenses were against opponents with losing records or ones making their debut.

She fought once each in Poland, Ukraine, Italy, and in her lone USA fight in which she lost in her ninth fight to Yvonne Trivino, 1-1, stopped in four rounds in Las Vegas, Nevada. In her forty-seventh fight, she had a draw with Elena Reid, 14-1-4 in Germany, and defeated her in a rematch in December of 2005. 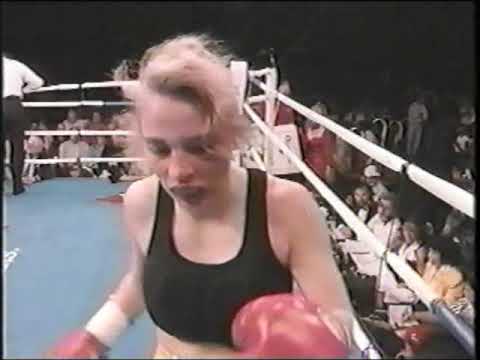 Halmich is from Karlsruhe, Baden-Wurttemberg, Germany. Born in November of 1976 turning pro in March of 1994 last fight was in November of 2007 defeating Israel’s Hagar Shmoulefeld Finer, 14-4-3, by majority decision.

Halmich was 44-1-1 in title fights with 13 by stoppage. She was trained by Torsten Schmitz and managed by Klaus-Peter Kohl.