The SHOWTIME CHAMPIONSHIP BOXING® telecast begins at 9 p.m. ET/6 p.m. PT and will see super lightweight contenders Subriel Matías and Petros Ananyan meet for a rematch in the 12-round co-main event, while hard-hitting featherweight Tugstsogt “King Tug” Nyambayar and Vic Pasillas square off in the 10-round telecast opener.

Tickets for the live event, which is promoted by TGB Promotions, are on sale now and can be purchased through Ticketmaster.com.

Russell, who owns the longest reign of any current male champion and has held his 126-pound belt since 2015, will look to make his sixth consecutive successful title defense on January 22, when he takes on the Filipino power-puncher Magsayo, who is trained by Freddie Roach and comes in off of a Knockout of the Year contender over former champion Julio Ceja last August.

Here is what the fighters had to say Tuesday:

“I use everything going on with me outside of the ring as fuel. It’s been very difficult dealing with the passing of my brother and my dad’s health issues. I tell people all the time that life is like boxing. You have to keep your chin down and hands up. I’m grateful that I’m mentally strong when it comes to stuff like this. This is what champions do, we overcome adversity. 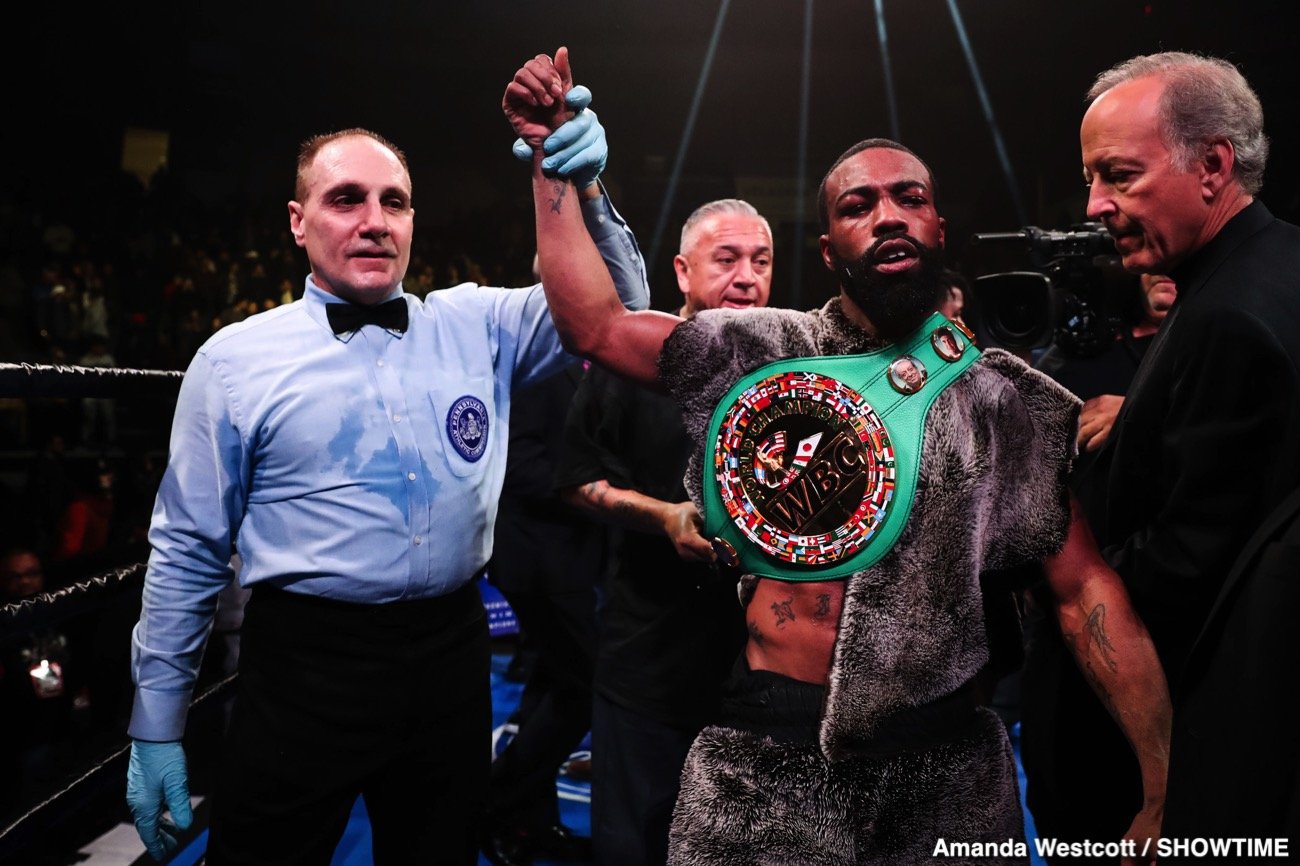 NEWS:   Russell Jr. vs. Magsayo: "They Robbed Gary, he beat him with one hand," says Bozy Ennis

“I’ve been willing to compete against whoever, whenever and wherever. But I can’t force these guys to get in the ring and fight me. I just have to prepare to the best of my ability. I need a dance partner.

“I see him as a good even-handed puncher, maybe he leans a little more to the right hand. He has good punching power, but none of that matters if you can’t hit your target.

“We’re grinding in training camp. No matter what, we’re not going to make any excuses or complaints.

“I don’t have any concerns with Magsayo’s power. You very seldom see me have to come back on the scorecards. Magsayo had to come back in his last fight because he was losing on the cards. That shows some holes in his armor.

“I never overlook anybody. Of course, I want the Gervonta Davis fight. But I’m focused on Magsayo. He’s the one who worked his way into this position to fight me. Davis is in no rush, so I’m going to remain focused on a true warrior who’s getting into the ring with me.

“I stay in the gym. Boxing is not just what I do, it’s a lifestyle for me. Even when I’m over and done with my career, I’m still going to be in the gym. I never really blow up and get big in weight. I love what I do and I’m very militant in my mindset.

“No one can really prepare for me. You can’t prepare like you think you can. I know Magsayo will be at his physical and mental best. I take my hat off to him, because he’s willing to put it on the line to prove he’s the best. I wish other fighters would take that same risk.

“A lot of these other guys aren’t willing to step in there with me because of the skillset that I bring. Finally, we have another fighter with some heart who’s willing to fight. I want him to bring his best, so we’ll see who’s best is best.”

“I’m very thankful to my whole team for making this fight happen. I’ve been training for three and a half months now, so I’m going to be well prepared for this fight.

“I don’t think Gary has faced anyone since he became champion that has the skills that I have. I’m going to go in there to show him something he’s never seen before and we’ll see how he reacts.
“I learned a lot from the Ceja fight. That gave me a lesson on how to adjust in the middle of a fight. It’s going to help me against Russell.

“I respect Gary Russell Jr., he’s a great champion, but I’m winning this fight on January 22. I want to prove to the people everywhere that I’m the best featherweight in the world.

“I’m going to show the world that I’m the best at this weight. This is the fight that I’ve wanted for a long time. I’ve been waiting patiently for my chance and I’m ready to do my best.

“I’ve had great sparring partners to prepare me for Russell and give me the same looks that he’ll give me on fight night. This is my first world title fight and I’m going to give it my all.

“I’m not trying to be the next Manny Pacquiao, but I’m trying to put my own mark on the history of this sport and for all Filipinos. I’m hungry to prove it all in the ring.

“I’m going to be the stronger fighter against Russell. We trained every day with Freddie Roach and we’ve worked on a lot of different techniques we’ll use in this fight.

“I know he’s going to bring his talent into the ring, but I’m going to show everybody that I can deliver a great fight and become champion.”