At the moment, Hearn says there’s interest from Team Hooker in the Benn (20-0, 13 KOs) fight, so he’s hoping he can get the closed out soon for April 23rd.

The 32-year-old Hooker is a little younger than Benn’s last opponent 37-year-old Chris Algieri, who he dispatched in four rounds last month on December 11th in Liverpool, UK.

There’s risk involved for Benn facing a guy with the kind of power, size, and experience that Hooker possesses.

If Benn loses this fight to Hooker, Hearn will be dumped on by fans for throwing the inexperienced 25-year-old Conor in with someone that was too advanced.

Those defeats were more a product of Hooker-facing guys that would have likely beaten him at any stage of his career. In other words, the losses weren’t beat Hooker’s age because he’s not that old.

Boxing fans have been giving Hearn grief lately about his habit of matching Benn against older fighters that are a little long in the tooth.

Hearn isn’t ready to throw Benn in with anyone that could beat him like David Avanesyan, Vergil Ortiz, or Jaron Ennis.

It’s entirely possible that fans won’t get a chance to see Benn tested in an authentic way until he fights for a world title against the winner of the Errol Spence Jr. vs. Yordenis Ugas fight.

Benn vs. Hooker is possible on April 23 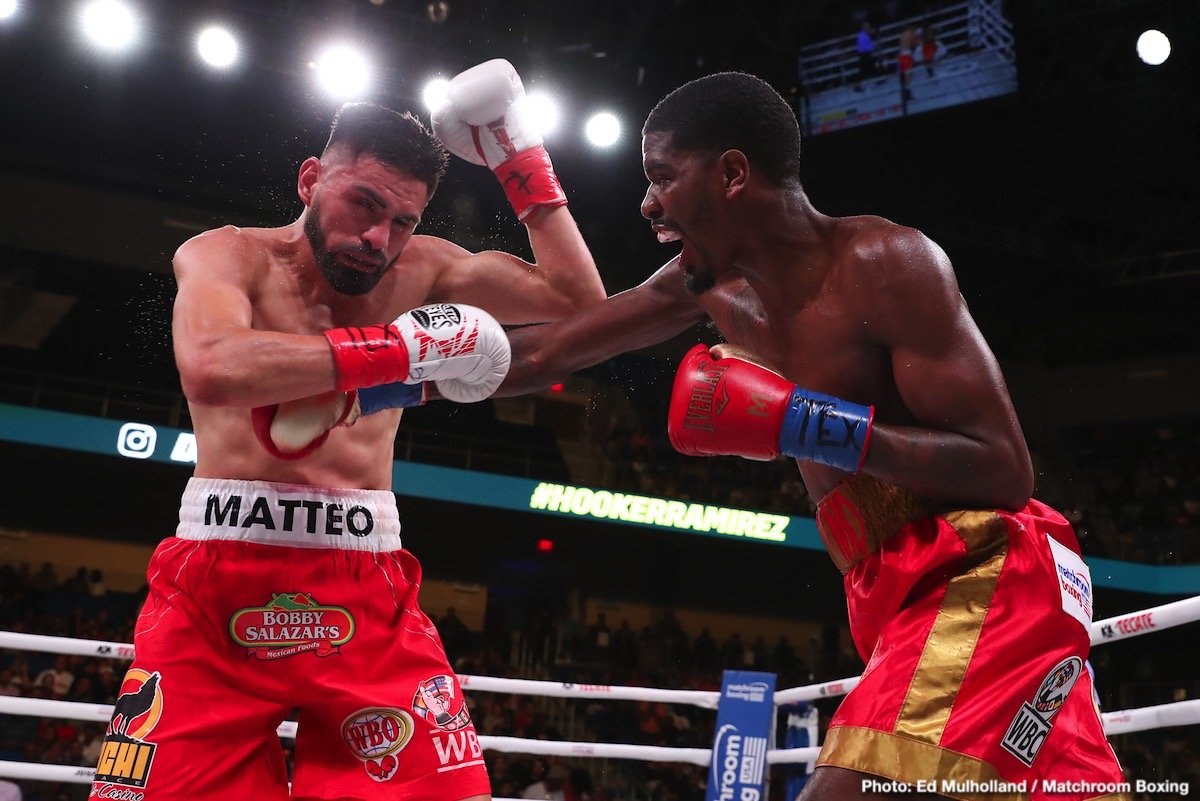 “There is some interest from Team Hooker, and we’ll see if we can close that out. Yeah, April 23rd at the O2 seems like the likely date,” said Hearn.

Hooker would be a great fight, but the fans won’t be as excited if he chooses 34-year-old Chris Van Heerden or 38-year-old Robert Guerrero.

Hearn needs to be careful that he doesn’t continue to match Benn against opposition that is too old and past it for them to be helpful in his development. You can argue that Benn learned nothing from his recent fights against Chris Algieri and Samuel Vargas.

Benn should be fighting these types of fighters:

“I can’t believe it. Massive fight, tickets are flying,” said Hearn on the Roman ‘Chocolatito’ Gonzalez vs. Julio Cesar Martinez fight on March 5th. “But he does struggle at the weight [112], Martinez, and I spoke to Eddy Reynoso. He said, ‘I love it.’

“Obviously, there was a bit of negotiation that went on after that. It’s a great deal for Martinez, and you’ve got an unbelievable fight, Julio Cesar Martinez against Chocolatito.

“If Martinez beats Chocolatito, the Estrada fight is a huge fight, but I expect after this fight for him to go back down to flyweight, and we’d love to do a unification with Sunny Edwards,” said Hearn.

Matching Julio Cesar Martinez against Sunny Edwards should be a fun fight due to the revenge angle. Martinez destroyed Sunny’s brother several years ago in a battle ruled a no contest.

Martinez’s fighting style is the type that Chocolatito has always excelled against during his career. However, Chocolatito is about to turn 35, coming off a war against Juan Estrada, and he hasn’t fought in 12 months.


« Jose Ramirez vs Jose Pedraza on March 4 in Fresno, Ca