By Daniele D’Alessio: In a recent interview, Chris Eubank Jr (31-2-0, 23 KOs) has questioned Adam Booth’s motive by training Liam Williams (23-3-1, 18 KOs) who he is scheduled to fight on the 5th of February in a bitter grudge match.

Booth was Eubank Jr’s trainer in 2015 and now trains the cousin of the Next Gen superstar, Harlem Eubank.

“Harlem is still training with Adam Booth so that says a lot about Booth’s character,”  said Eubank to The Sun.

“Harlem is my cousin and Adam Booth knows that we are close, yet he has still agreed to train Liam Williams against me.

“It says a lot about Adam Booth and I have told Harlem that it shows that Adam does not care about him.

“I am sure Harlem and Williams have bumped into each other at the gym”.

Harlem Eubank (12-0, 4 KOs) is a super lightweight prospect who won’t be sparring with Williams anytime soon, but he likely wants his older, more experienced cousin to defeat the Welshman in style.

Time will tell whether this situation causes Harlem to split with Booth, although for the moment, the trainer known as the Dark Lord has a great opportunity to get another high-profile win on his coaching resume.

When asked whether the time Booth spent with him would have an impact on the result, Eubank Jr believes he has improved significantly as a fighter since training with Booth.

“Adam doesn’t know everything about me, we were barely together for six months and that was years and years ago.

“He watched me spar George Groves a lot when he was training Groves, so maybe he thinks he has some insight from there.

“But I am a completely different fighter to what I was back then, so Liam Williams’ move to Adam Booth is irrelevant”

It is well known that Eubank Jr was a regular sparring partner for George Groves (28-4, 20 KOs) many years ago.

However, at the time, the son of the legendary Chris Eubank was a prospect with a limited number of fights.

Eubank Jr has gone on to face top fighters in his professional career such as Groves, James Degale (25-3-1, 15 KOs), and Arthur Abraham (47-6, 30 KOs). Therefore, he now has much more experience and at the age of 32, has been around for a while in boxing.

With exactly two weeks away from the bout between Eubank Jr and Williams, everything will be revealed at the Motorpoint Arena in Cardiff.

Will Eubank Jr show he is levels above Williams and win a conclusive victory? Or will Williams shock the boxing public by defeating Eubank Jr with the help of his newly hired trainer Adam Booth? 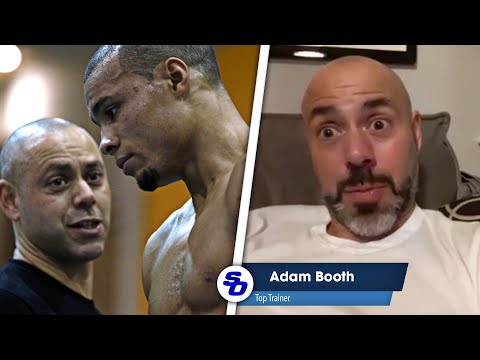